Zuma will be given an option to resign and not be humiliated with a recall, say analysts

‘There will be no need to humiliate him. It won’t serve any purpose’. 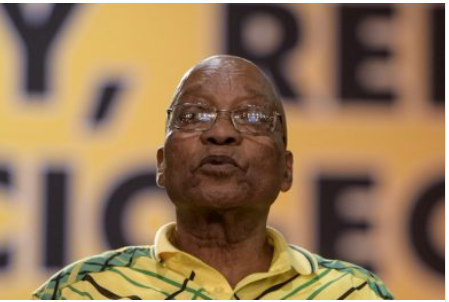 Recalling President Jacob Zuma would only play against the ANC as it plans a strategy ensuring his safe exit as head of state ahead of the 2019 elections.

That’s the word from political analysts who reckon that the public should not be surprised by news of Zuma’s early retirement following the election of Cyril Ramaphosa as the ruling party’s president.

“I don’t think there will be any need to humiliate him. It won’t serve any purpose,” political analyst Ralph Mathekga said. “If you look at the mix of the top six, it is very clear that there are still some of Zuma’s allies there.

That means he will be guaranteed a non-humiliating exit. And I don’t think the president would still want to hold onto power.”

He said Zuma has “a very good opportunity to make sure a political solution is hatched”.

“I just don’t see a recall through the party at all. If they are nice to him, make him a cup of tea and ask him to resign, he would probably consider it,” Mathekga quipped.

“It can be managed in a very civil way. “He may even go as far as offering to retire.” Zuma’s grim facial expression after the election announcement was also exaggerated by the media, said Mathekga.

“There is no way that the president of the ANC would not have known the result by then. “He is a very senior figure within the ANC,” Mathekga said.

As far as Ramaphosa is concerned, he doesn’t need to demonstrate that he is a power monger.

“The best way for him to address that humility is to use this time and work within the party instead of going straight for the Union Buildings.”

According to another political analyst, Daniel Silke, “there was never any past issue of there being a recall” for Zuma. However, Silke was of the view that that there would be a need to “unite the position of ANC president as South African president as soon as possible”.

“I would find it peculiar if Zuma delivered the State of the Nation address in February.

“It would undermine the importance of the address. The fact that it would not be delivered by Ramaphosa would add to the confusion already in the ranks of the ANC and it would lead to the potential of two centres of power.”

Silke also believes there will be pressure to find a suitable exit strategy for Zuma.

“This will have to be done at the earliest opportunity pending currently unresolved issues surrounding legal safety for Zuma going forward,” said Silke.

Guptas are still in charge of ANC, says Malema