DA leader Mmusi Maimane lamented the consumer blow while on a taxi ride at the Noord Taxi Rank in Johannesburg, saying the poor are most affected. DA Leader Mmusi Maimane visit Noord Taxi Rank in Johannesburg, 6 June 2018, to engage with taxi drivers and commuters on the effects of the record high increase in the price of petrol. Picture: Nigel Sibanda

Anti-tax abuse lobbyists Outa’s Wayne Duvenage has debunked the DA’s claim that e-tolls were behind the recent fuel price hike, which as of yesterday went up to almost R16 per litre of petrol.

DA leader Mmusi Maimane lamented the massive consumer blow while on a taxi ride at the Noord Taxi Rank in Johannesburg, saying the poor, who rode taxis and depended on affordable transport would be the most affected.

Maimane said: “The state committed itself to this e-tolls project. Now they have to pay it back, so (the) only other way they can do it is to increase the taxation for consumers so that they pay for vanity projects.

“It is ANC policies that have ensured that we end up at R16 a litre‚ the highest it has been since 1994. We all expect things to go up‚ but at the level that the ANC is going‚ who knows what other pressures they are going to put on the people of this country.” 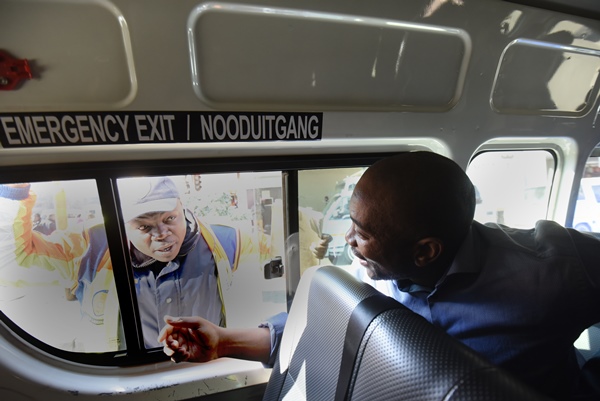 DA Leader Mmusi Maimane speaks to a JMPD officer in Johannesburg, 6 June 2018, during his visit at Noord Taxi Rank to engage with taxi drivers and commuters on the effects of the record high increase in the price of petrol. Picture: Nigel Sibanda

Taxes that contributed to the fuel price, such as the fuel levy and the Road Accident Fund (RAF) tax were being used by government to fund expenses they thought would have been covered by other revenue streams, claimed DA shadow transport minister Manny de Freitas.

De Freitas said: “So the e-tolls is one example. They thought that the public would be paying for it. It’s an incredibly low payment level that’s happening. They need to make commitments on their loans, so we are paying for it through the back door.” 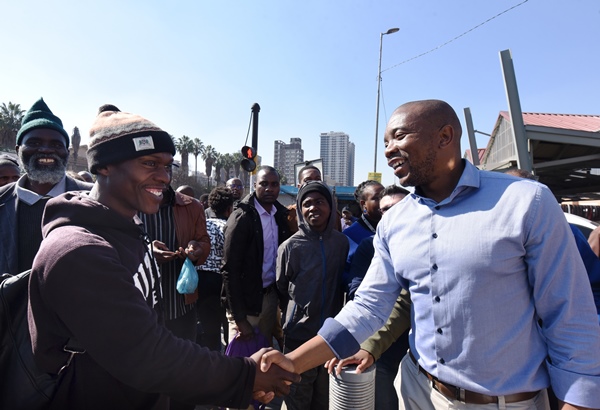 But Duvenage argued that it was, at best, an exaggeration to claim that taxes that contributed to the fuel price were raised in part to pay for e-tolls.

On other issues affecting the fuel price hike, Duvenage said Outa had already warned government eight years ago that increasing the fuel levy by 10 cents would have paid for Gauteng’s highway improvements instead of the e-tolls project.

“If they had raised the fuel levy then, as they should have done, they would already have been done paying.”

ALSO READ: Why our own petrol still costs much less in Botswana, Lesotho and Namibia