Senior officials are accused of siphoning off cash by drilling fake boreholes and issuing invoices to family, friends and cronies. 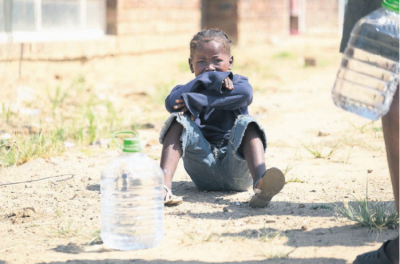 A Limpopo district municipality has suspended two senior officials amid allegations of the irregular awarding of borehole tenders, fraud and theft to the tune of R100 million.

This comes after the portfolio committee on water and sanitation led by chairperson Lulu Johnson discovered that some service providers had charged the Mopani district municipality R2 million per borehole earlier this year.

The committee, which visited water-related projects in the district, also found that three-quarters of the 4,820 boreholes drilled in Tzaneen, Giyani, Phalaborwa, Hoedspruit and Modjadjiskloof have not produced a drop of water.

The municipality announced yesterday it had suspended two satellite managers, Solomon Rasethe of Letaba and Emanuel Ratshitanga of Tzaneen.

“They will face internal disciplinary hearings in no time. We have appointed two other satellite managers so service delivery does not suffer,” said municipality spokesperson Witness Tiva.

Tiva could not divulge the nature of the charges as the matter was sub judice.

However, sources privy to the details of the suspensions said they were accused of siphoning off cash by fabricating the drilling of boreholes and issuing invoices to their families, friends and political cronies for a total of more than R100 million.

A three-week investigation by The Citizen revealed that, in June 2010, R25 million from the municipality’s operational budget was paid among 25 companies for the maintenance and repair of dysfunctional boreholes in specified villages. But the awarding of the tenders was queried by some service providers, which said that only those with political links to the ANC Mopani regional leaders were awarded tenders.

Then R16 million was spent on repairing 4,000 non-functioning boreholes. A month later, then minister for environmental affairs Buyelwa Sonjica pledged to spend R75 million in addition to the available R250 million to address the water saga.

This week, DA caucus leader in the Mopani district municipality Marie Helm confirmed the district had serious water problems. She said residents of the Turkey and Butswana villages in Maruleng haven’t had water since 2013.

“During the visit to the municipality last week, we were baffled to find that of the 16 boreholes drilled in the past five years, 15 were dry and only one had water in drips and drabs,” she said.

Helm added that the only water pump, which had supplied several villages with water, had been stolen.

EFF leader in Lephepane Sanco Madia accused the ANC of treating Mopani residents “like a kind of incurable disease when it comes to basic human needs”.

But Limpopo is not the only province facing a water crisis. Gauteng could also be hit hard if plans by Water and Sanitation Minister Gugile Nkwinti to secure more funding for the Lesotho Highlands Water Project are unsuccessful.

The project’s second phase, which did not start on time due to financial constraints, will draw drinkable water from Lesotho to augment the province’s supply. It should have begun in 2015, but was delayed due to financial woes when the department was under Nomvula Mokonyane.

DA shadow minister for water and sanitation Leon Basson said it would take a miracle for the department to successfully provide water to Gauteng by 2025 because Mokonyane had practically bankrupted the department.

He said the department owed water boards across the country more than R1.5 billion and more than R5 billion to suppliers, contractors and the SA Reserve Bank.

During a visit to Limpopo last month, Nkwinti admitted that water supply was a serious problem and undertook to provide funds for the Giyani emergency water intervention to complete its R2.7 billion bulk water project. When completed, it would supply the town and 55 villages.