The Greater Maruleng municipal manager resigned after the DA complained about him unilaterally increasing his salary by 10%. 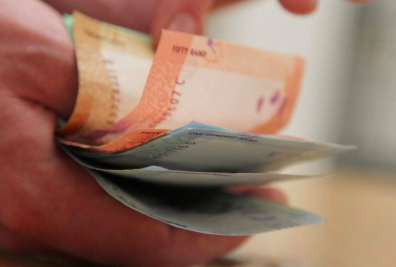 Limpopo Premier Stan Mathabatha’s office has said “good riddance” to a provincial municipal manager who was forced to resign after he allegedly increased his annual salary by 10% without the approval of the municipal council.

According to the council, Lethole was appointed as Greater Maruleng municipality manager in March last year and had been enjoying these benefits for more than a year.

His resignation comes after the Democratic Alliance (DA), which is the official opposition in the municipality, spilled the beans about Lethole’s irregular earnings.

The DA wrote to Cooperative Governance Minister Zweli Mkhize this year complaining about the irregular salary increase. Apparently, councillors in the ANC-led municipality allegedly wanted to sweep the matter under the carpet.

Mkhize admitted in a reply to the municipality that the manager’s remuneration package was inconsistent and formally requested that Limpopo cooperative governance MEC Jerry Ndou investigate.

DA councillor Shanseka Mkansi yesterday said: “We have already laid criminal charges against Lethole with the SAPS. We could not fold our arms and watch when Lethole was looting the people’s money for his own self enrichment.

“The municipality has a huge service delivery backlog where water and roads projects have been abandoned and left incomplete by contractors.”

Maruleng mayor Dipuo Thobejane confirmed yesterday that they had parted ways with Lethole.

Thobejane said that to continue with service delivery, the municipality had appointed an acting municipal manager and had started with the recruitment drive for a new manager.

The provincial government welcomed the resignation, saying corruption and a lack of skills among municipal managers and CFOs in Limpopo municipalities hampered development and often resulted in a poor audit outcome from the auditor-general.