The radio personality on his show said women should not sit on a man’s bed while the bedroom door is closed. 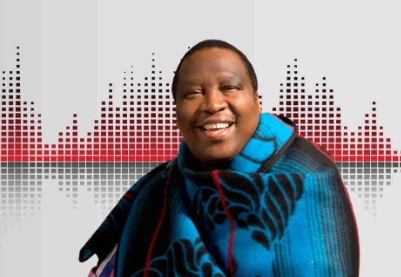 Lesedi FM radio presenter Thuso Motaung is being taken to the Broadcasting Complaints Commission of South Africa (BCCSA) over his views on what women should do to avoid being raped.

During his radio segment on Sunday, Motaung was advising women to not put themselves in “compromising positions”, such as sitting on someone’s bed while the door is closed.

Advising women to be more wary, Motaung said they should not allow themselves to sit on a bed alone in a bedroom with a man while the door is closed, as it sent the “wrong message”.

He said some men took it as some form of invitation.

“She’s sitting on the bed, let me take this opportunity,” said Motaung as he painted a picture of how that looked to some men.

Motaung advised women to wait by the door, if needs be, to send an even clearer message.

The radio talk show host has received mixed reactions on social media, with one Twitter user claiming he was planning to take Motaung to the BCCSA for perpetuating rape culture.

Tokelo Nhlapo said: “Any attempt to warn women what they should or shouldn’t do to avoid being rape is perpetuating rape culture.

Any attempt to “warn” women what they should or shouldn’t do to avoid being rape is perpetuating rape culture Ntate Thuso Motaung @LesediFM pic.twitter.com/uqFUsCRJo0

Nhlapo later posted a screenshot of his complaint to the BCCSA. He has called Motaung’s comments sexist.

Are you sure you are not overreaching here?

No no no no… I for one know men are sick and I will give the exact same advice he gave…women should be careful…this is not because they are at fault but just to protect themselves. Also please note that even though it is by choice to rape, theirs a background to it.

Others appear to want to take the Lesedi FM radioman to task for his views.

Basically Ntate Thuso is saying, automatically when a lady sits in your bed shes literally asking for sex indirectly!!! entlek athini lobaba.. I heard him ekseni but i thought i was over analysing… Basically LesediFm promotes what Ntate Thuso said… pic.twitter.com/EVIGXWitzs