Community MEC Sizakele Nkosi-Malobane says authorities know the whereabouts of those who took part in the attack. 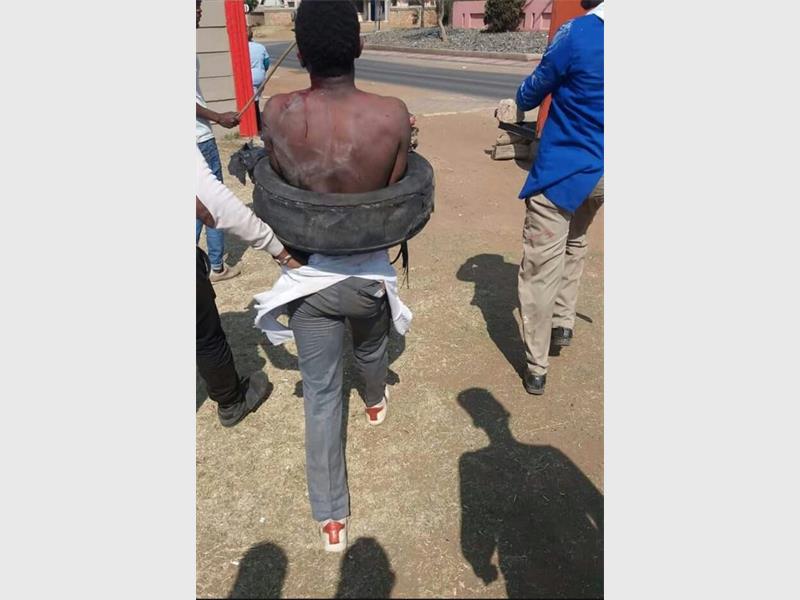 A suspected gang member in the hands of the community. Photo: Supplied

Police say they hope to make more arrests in connection with a vigilante mob attack that took place in Daveyton, Gauteng this week, which left one person dead and another in hospital.

A 19-year-old youth was assaulted, stabbed and shot along Motsha Street on Wednesday evening as the community went in search of alleged gang members who had been terrorising the area. A second 19-year-old was also assaulted and then set alight, but has survived and is currently in hospital.

According to a report on EWN, Community MEC Sizakele Nkosi-Malobane said that police are following up on numerous leads.

“Some of them have decided to run but we’re aware of their whereabouts, we will make sure that we arrest them,” EWN quotes the MEC saying. “The boys, I must say that, all the boys that we identified, I think there are about six boys that we’ve identified or were named. As far as we’re concerned, there are not linked to any criminal activity at the moment.”

Police remain on high alert in Daveyton where residents have accused gangs of committing robberies and murders.

“There is a challenge in parenting. Parents should take responsibility in raising their children and not always blame the government and teachers. Society has failed as a whole in bringing up children,”Nkosi-Malobane said on Friday.