Magashule claims Supra uproar is a ‘side issue’

The ANC secretary general says members of top leadership are in the province to agitate the PEC and NWC to get to work. 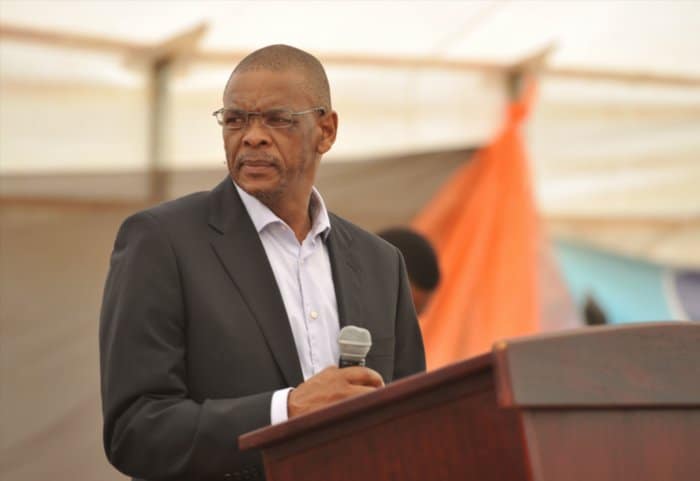 ANC secretary general Ace Magashule says the ANC is in the North West to agitate a union in the province for work to be done.

Magashule is in North West among other members of the ANC top leadership who have been in the province since Sunday.

He was speaking to reporters outside the ANC’s National Working Committee (NWC), which met with the ANC North West Leadership on Monday.

Magashule played down calls by locals for the disbandment of the Supra Mahumapelo-chaired Provincial Executive Committee (PEC), calling them “side issues.”

He said the NEC and NWC were not just discussing the North West but instead were there to discuss the state of the organisation throughout the country.

Adding that a SWOT analysis had been completed to understand the organisation’s strengths, weaknesses and threats, he said the ANC would face challenges as long as there remained a divide, but they were in the province in an attempt to bridge the divide and agitate a way forward.

“We are here to agitate them to do the work,” he said in an eNCA video interview.

Disgruntled party members have made it clear to president Cyril Ramaphosa that they are demanding that the PEC is dissolved.

The president attended the ANC’s National Working Committee on Saturday and was in Rustenburg on Sunday, where calls for the disbandment of the PEC were made.