AfriForum omits police crime statistics that show 62 people were killed on farms and agricultural holdings in the previous financial year. 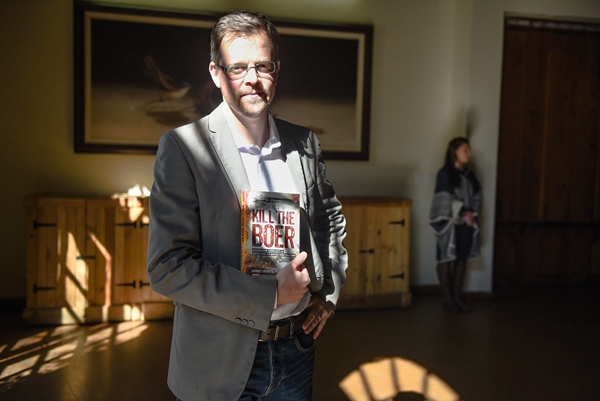 Afrikaner rights group AfriForum has taken their international tour up a notch, with victims of farm attacks having their stories live-streamed to their foreign donors and supporters yesterday, but their approach has not been without criticism.

While the interest group’s head of community safety Ian Cameron was in Australia to try to gain support from the Australian government, back in Pretoria the organisation had a live-streaming session where several victims of farm attacks got to tell their story to the world.

Willem Stafleu recalled when his wife was shot and killed in their home in Randfontein six years ago. He said the incident still haunted his small children, as they continued to live on the same farm but in a different house.

Claudine van Wyk from Pretoria was affected twice by the brutal attacks. Her uncle and aunt were killed in 2012 and her father was murdered in 2014. Both incidents happened on a farm.

While AfriForum was telling the world that the South African government was not doing enough, Stafleu and Van Wyk both commended police for their speedy responses. In both cases in Van Wyk’s family, the perpetrators were found and prosecuted.

“The police were very positive and were the first to arrive on the scene after the attacks happened. In both killings they found the perpetrators and they were all sentenced to 25 years with no chance of parole,” Van Wyk said.

In Australia, Cameron maintained, however, that President Cyril Ramaphosa lied last month when he spoke in New York, saying there were no farm killings and land grabs in South Africa.

AfriForum also omitted the recent police crime statistics, which revealed that 62 people were killed on farms and agricultural holdings in the previous financial year.

Institute for Security Studies’ senior research consultant Johan Burger told The Citizen this was something AfriForum was struggling to reconcile with their claim that farmers are targeted more than other groups.

“Given the fact the police in parliament announced that 62 people were killed during farm attacks, it is different to what the president said.

“That is what organisations such as AfriForum are struggling with … there is some justification in what they are trying to do in terms of alerting the international community. Whether the way they are doing it is acceptable is a different matter,” Burger said.

AfriForum deputy CEO Ernst Roets said the motives behind the farm attacks were not yet clear, but claimed some farm murderers have admitted to being influenced by racial statements made by political parties and figures. But no research has made a “concrete finding”, Burger explained.

“We don’t have the research that proves or disproves this. It is possible that these extreme political statements may motivate these certain individuals but we don’t know that,” he said.