The mayor stopped a man from selling 'skopo', calling it an 'illegal' act, and now customers are not impressed with him. 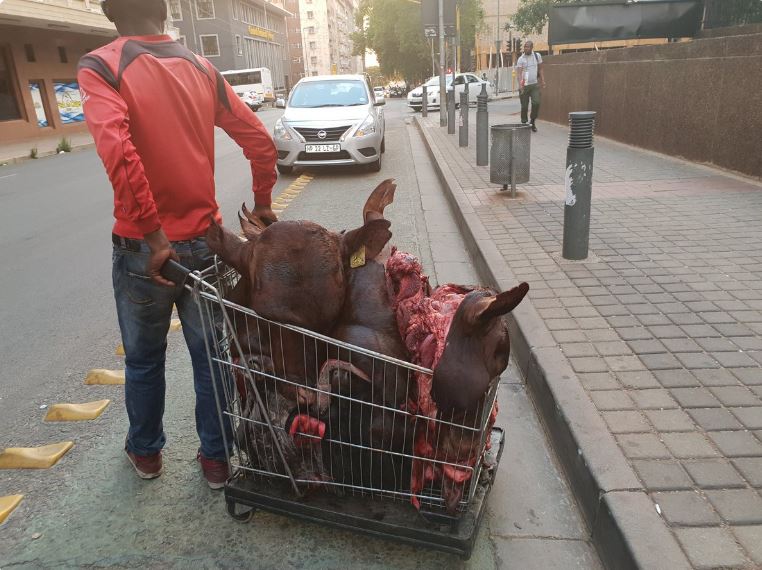 Johannesburg mayor Herman Mashaba found himself on the wrong side of Twitter on Monday after tweeting a picture of a man pulling a trolley of cow heads, and called it an “illegal” act.

“I have just personally stopped this [illegal] act in our city. How do we allow meat trading like this? I am waiting for @AsktheChiefJMPD to come and attend before we experience a breakdown of unknown diseases in our @CityofJoburgZA,” he said.

I have just personally stopped this illegally act in our city. How do we allow meat trading like this? I am waiting for @AsktheChiefJMPD to come and attend before we experience a breakdown of unknown diseases in our @CityofJoburgZA pic.twitter.com/55YjLkBvZb

While a few commended the mayor for “cleaning” the city, most criticised him for “killing” small businesses.

@amaivaaaron, who was in support of the mayor said: “That’s a great start food and safety training free certificates that need to be renewed every 1-2 years together with your vending licence and permit to sell food. The permits and licenses should be very easy to apply for maybe online.”

Twitter user @SikonathiM, who was not impressed with the mayor, wrote: “It’s all well and good to personally stop unlicensed but honest people like him. Are you Herman Mashaba next going to personally stop real thugs committing real, violent crime where there are victims?”

Veli Ngobese wrote: “Don’t kill small businesses rather try to help those people. These people are trying to earn a living and must not be excluded from participating in the mainstream economy, they need to be helped with issues of compliance.”

The mayor responded to his critics and told them to differentiate between “chaos” and running a business.

“Our country can ill afford the health breakdown of unknown diseases,” he said.

His followers further accused him of being a “hypocrite”, saying he was acting as if he had never eaten the meat sold on the Joburg streets. Some said it was “ironic” that the mayor was shutting down the street vendors for “health” reasons while listeriosis was found in one of the “big” companies.

“He never even closed one fridge at any of those stores,” claimed Moshala M.