The victim of the attack intends to bring a civil case against KwaDukuza SAPS. Shortly after being handed over to police in KwaDukuza, a man accused of trespassing on a farm and attacking a resident was allegedly released without being charged.

Andre van Wyk told the North Coast Courier that he and his wife were at the home they rent on KwaDukuza lot 16, about six kilometres inland from Stanger, when a stranger entered the property.

He said he had lost faith in the police after they took six hours to respond to his call for help.

“We got home at around 3.30pm and my wife went outside to start hanging up some laundry. I heard her screaming for me and went running to see what was going on,” he said.

Van Wyk said he arrived in the yard to see a man climbing over their wall. He confronted him, whereupon the intruder produced a small gas bottle and flung it at him.

“I turned to my wife and told her to go fetch my weapon, by this time blood was pouring down from my head wound where the gas bottle had cut down to the bone.”

The intruder produced a knife and started trying to stab him.

“He just went mad, thrusting the knife at my body – luckily none of the thrusts went in deep.”

Once the attacker had fled, Van Wyk and his wife attempted to contact the authorities.

“We must have called the KwaDukuza police at least four times. They actually hung the phone up in my wife’s ear.”

They also contacted their security company, who arrived after about 45 minutes.

“I recognised the intruder as a man we have had issues with before trespassing on the property.

“Our security company found him shortly afterwards enjoying a beer, they arrested him and took him to KwaDukuza SAPS, but I heard he was released that same night without any charges against him. How can a man climb over my wall and assault me with weapons without the police doing anything to him?”

Van Wyk has since been in contact with a senior prosecutor and said he intended to bring a civil case against KwaDukuza SAPS.

Khuzwayo, however, said he was in a meeting in Durban and directed the North Coast Courier to contact the station commander.

Upon calling the station, it emerged that the station commander was not in.

Holding for the acting station commander, the North Coast Courier was put on hold five times until being told she too was unavailable. 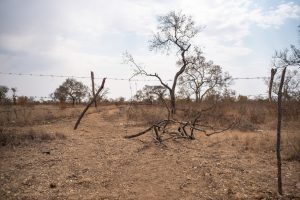 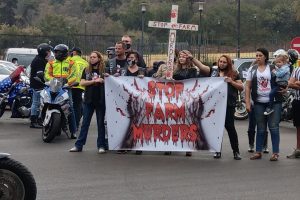