Krugersdorp murder accused has SACP tattoo, was once ANC member

The state prosecutor asks if the witness does not take any issue with tattoos of seemingly conflicting symbolism between her tattoos. 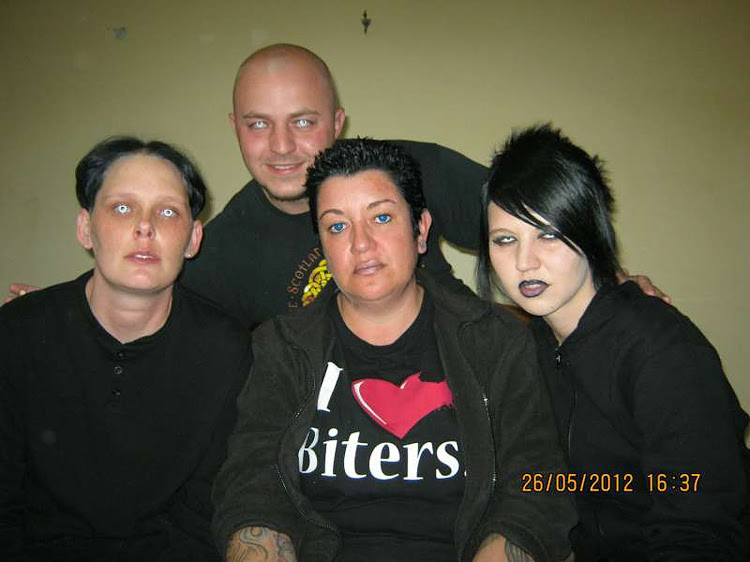 The trial of the remaining three accused of the Krugersdorp murders, Cecilia Steyn, 37, Zak Valentine, 34, and Marcel Steyn, 20, continues in the High Court in Johannesburg today.

The three are accused of murdering 11 people between 2012 and 2016. Mother and son – Marinda, 52, and Le Roux Steyn, 22 – were sentenced in May after signing a plea deal with the state, with Le Roux turning state witness in the trial of the remaining three.

On Wednesday, state prosecutor Gerrit Roberts questioned Cecilia Steyn about the symbolism and significance of the tattoos on her arms, chest, and back.

Steyn testified that the tattoo included the words “Ancient of Days”, which Steyn said was a reference to God’s name, Jesus, and a Chinese dragon, or parrot, which are all on her back.

Roberts questioned Steyn how she could reconcile having tattoos of Christian symbolism and a Chinese dragon, to which Steyn responded that since the dragon was perched on a rock it was in reference to a biblical verse in the book of revelations which mentioned Jesus being seated on a rock.

Steyn further testified about other tattoos on her right arm which were Egyptian symbols.

“You have no problem with Egyptian symbols being in conflict with Christian symbols?” Roberts questioned.

Steyn responded no, explaining that her reason was that Jesus had been raised in Egypt after fleeing from persecution by Herod.

During her description of the tattoos on her body, Steyn revealed that she had a badge of the South African Communist Party (SACP) tattooed on her chest, adding that she had been a member of the party and the ANC Women’s League.

According to previous testimony in court, Cecilia had told members of her ministry, Chosen by God – which Steyn allegedly started after a fallout with Ria Grunewald, the leader of Overcomers Through Christ (OTC) – that she was a 42nd generation witch and joined the OTC group to break away from her Satanic ties.

In May this year, Marinda received a 390-year sentence after signing a plea deal with the state. She will serve her time in the Johannesburg South Prison. She was convicted of 11 murders (25 years for each) and 115 years for all the other crimes she committed, which included fraud, racketeering and managing an enterprise, illegal possession of ammunition and firearms, defeating the ends of justice, robbery, and accessory after the fact of murder.