The road is reportedly still closed while the fire department work to clear it of debris. 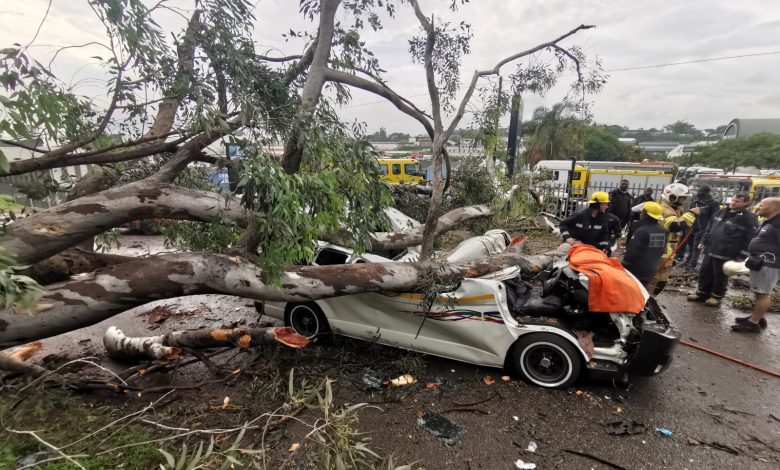 A taxi driver and a passenger were trapped in the vehicle when a tree collapsed onto the moving vehicle on Trafford Road in Pinetown this morning.

According to Blue Security’s community and media liaison, Andreas Mathios, paramedics, emergency services and first responders arrived at the scene and the Jaws of Life were used to free two commuters.

“Paramedics cut the occupants from the vehicle, who were then stabilised on scene,” said Mathios.

They were then taken to a nearby hospital.

“The area remains closed while the fire department completes cleaning up the area and cutting up the tree to free the road and make it accessible to motorists,” said Andreas.

In another incident in the province, a busy stretch of road was closed off by Metro SAPS this morning due to a massive amount of debris that washed across Stapleton Road after the storm last night.

According to Blue Security’s community and media liaison, Andreas Mathios, the road will remain closed until the debris is cleared. Traffic has been severely affected and motorists are urged to use alternative routes.

This article was republished from Highway Mail with permission