Swarm of bees attack family of 5 in Nelspruit

The bees allegedly attacked after the family drove over their hive. 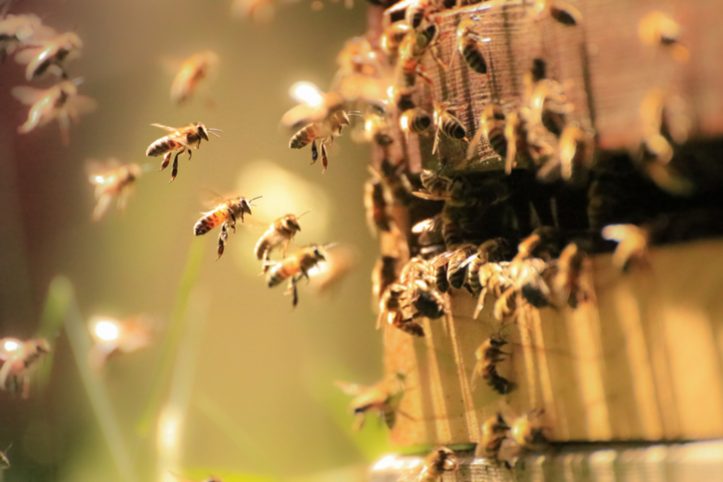 A couple, their two young daughters and their baby girl are all in a serious condition after a huge swarm of bees attacked and stung them on Sunday afternoon.

According to ER24 spokesperson Ross Campbell, the family was out enjoying an afternoon drive through a nature estate, south of Nelspruit, when they drove over a bee hive. The bees swarmed and got into the family’s vehicle through the open windows, causing the family to panic and run.

The oldest daughter, 12, ran to a nearby farmhouse to get help while being stung.

“The oom [uncle] of the farmhouse apparently sprayed her with water and told her to jump in the pool before calling for help. He also then drove down to see if he could find the others but had to turn back because of the swarm of angry bees,” said Campbell in a statement.

Paramedics arrived at the scene just after 6pm and heard the father screaming for help from a shallow pool of water he had jumped into with his toddler and baby in an attempt to escape the bees.

“Our medic managed to get close enough to grab the baby and toddler and race back to the farmhouse, handing them directly to the ambulance crew who rushed them through to the hospital. The oldest daughter had also by that time been taken through to hospital for further treatment.”

More paramedics returned for the father and managed to find the mother, who had run back to their car in panic.

“They were both treated for the hundreds of bee stings they had suffered and were transported through to Mediclinic Nelspruit to join their daughters and receive further emergency care,” said Campbell.