Man shot and killed by police during Wits student protest

According to eyewitnesses, the person was shot twice and the police fled the scene. 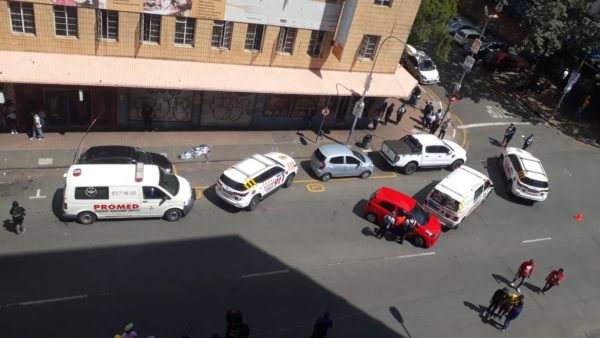 One person has died after being shot during the student protest. Picture: Sibongumenzi Sibiya

One person has died, allegedly from police gunfire during the ongoing student protests by Wits University students in Braamfontein.

An eyewitnesses, who works at My Clinic in Braamfontein, said the police allegedly “shot the person twice at close range and then jumped over his body and fled the scene”.

Angry students from the University of the Witwatersrand have vowed to continue protesting about the exclusion of indebted students and the commencement of classes when more than 8,000 students have not yet registered due to their student debts.

On Wednesday morning police dispersed protesting students using rubber bullets as they gathered at Wits. The students are demanding that all academically deserving students be allowed to register.

This is a developing story more information will be updated as it becomes available.

This article has been updated to state that the man was shot and killed in Braamfontein and not at the Wits University campus.