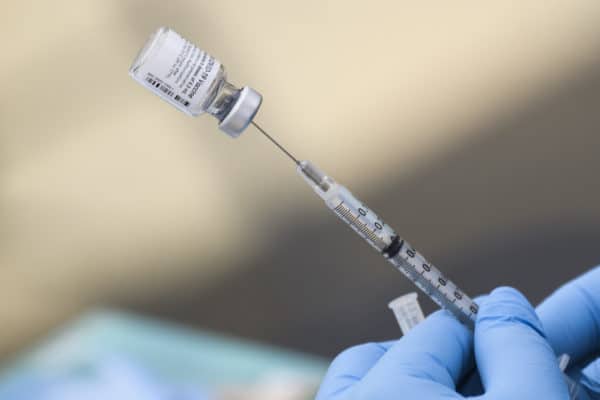 Ramaphosa was speaking at the 76th session of the United Nations general assembly on Thursday.

He urged all member states to support the waiver and put pressure on wealthy countries to address a global imbalance in Covid-19 vaccinations.

“We urge all member states to support the proposal for a temporary waiver of certain provisions of the Agreement on Trade-Related Aspects of Intellectual Property Rights at the World Trade Organization to allow more countries, particularly low- and middle-income countries, to produce Covid-19 vaccines,” said Ramaphosa.

“Unless we address this as a matter of urgency, the pandemic will last much longer and new mutations of the virus will spread and emerge.

“In this interconnected world, no country is safe until every country is safe. We need to prepare now for future pandemics and work with greater determination towards the goal of universal health coverage.

ALSO READ: Those who have ‘vaccine passport’ will travel

“South Africa reaffirms its call for fair and equitable distribution of vaccines.”

Ramaphosa said it was a great concern that the global community had not sustained the principles of solidarity and cooperation in securing equitable access to Covid-19 vaccines.

Statistics show that less than 1% of people in low-income countries are fully immunised, compared to 55% in rich countries.

And only 2% of the more than 5.7 billion doses given globally have been administered in Africa.

Amnesty International South Africa’s executive director Shenilla Mohamed said instead of painting Big Pharma companies as heroes, they need to be called out for intentional blocking of knowledge transfer.

BioNTech, Moderna and Pfizer are set to earn $130 billion (R1.9 trillion) by the end of this year.

“Against the backdrop of these gross inequalities BioNTech, Moderna and Pfizer are set to make $130 billion combined by the end of 2022. Profits should never come before lives,” said Mohamed.

Now Amnesty International is calling for two billion doses to be delivered to low and lower middle-income countries before the end of the year.