More than half a million jobs and livelihoods have been supported as part of Phase 1. 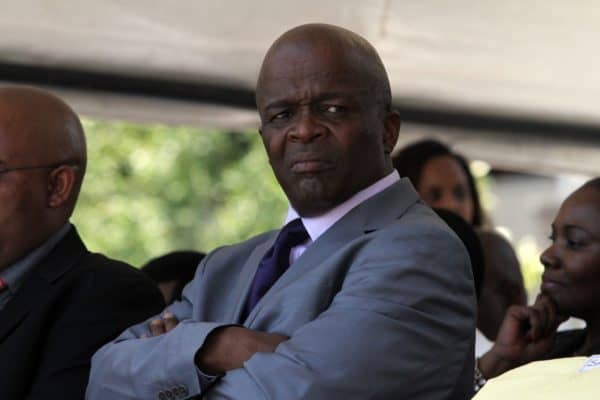 A total of R11 billion in new funding has been allocated by National Treasury for the next phase of the Presidential Employment Stimulus (PES) in the 2021/22 financial year.

The Presidency has announced that phase two will be launched on 1 November 2021.

This was revealed at a media briefing on Thursday, led by the Minister in the Presidency, Mondli Gungubele, together with the Minister of Employment and Labour, Thulas Nxesi and Minister of Public Works and Infrastructure, Patricia de Lille.

The Presidential Employment Stimulus was launched by President Cyril Ramaphosa in October 2020 in response to the devastating impact of the Coronavirus pandemic on employment.

As part of the Economic Reconstruction and Recovery Plan, the stimulus aims to create new employment, provide livelihood support and protect existing jobs in vulnerable sectors.

Addressing the briefing, Gungubele said Phase 2 of the employment stimulus has now commenced implementation, which will support the continuation of some programmes from Phase 1, as well as a range of new programmes.

“The recruitment of 287 000 young people as school assistants is already underway, and participants will be placed in November. Phase 2 will include the establishment of a new Social Employment Fund, which will support work for common good in communities provided by organisations outside of the State.

“Phase 2 will also support the Presidential Youth Employment Intervention, including the establishment of the national Pathway Management Network, the revitalisation of the National Youth Service, and a new model of skills training for unemployed youth linked to employment,” Gungubele said.

The Minister said the stimulus represents a new way of working across government to achieve a common objective, as 11 national departments were responsible for implementing programmes supported by the stimulus in Phase 1.

To date, more than 550 000 jobs and livelihoods have been supported as part of Phase 1, with an overall target of 694 120 opportunities.

Gungubele said several programmes are still in implementation, and the number is expected to increase further.

“This represents more than half a million South Africans, who have already benefitted directly from the stimulus, either through employment or by receiving a grant to sustain their own economic activity.”

Gungubele said the continued success of the employment stimulus reflects government’s commitment to address unemployment and to support employment while the labour market recovers.

Minister of Employment and Labour, Thulas Nxesi, has reiterated that government is steadfast and resolute in fighting unemployment, inequality and eradication of poverty in the country.

He said the Presidential Employment Stimulus supports a wide range of programmes, which have an explicit focus on youth, given the severity of youth unemployment in South Africa.

“In Phase 1, [a total of] 84% of participants across all programmes, including public employment and livelihoods support, were young people below the age of 35, and two-thirds of all participants were women,” Nxesi said.

Phase 2 of the employment stimulus supports the implementation of the Presidential Youth Employment Intervention, which aims to provide support and expand opportunities for young people who are unemployed.

The Minister revealed that a total of R838 million has been allocated for this programme as part of the overall budget for the stimulus.

“As part of this intervention, the Department of Employment and Labour is leading the establishment of the national Pathway Management Network, which is also known as SA Youth.

This network allows young people to register and receive active support to find employment, and aggregates opportunities from a wide range of partners within and beyond government,” he said.

In Phase 1 of the employment stimulus, a total of 170 000 unemployed youth were placed in various work opportunities through the Pathway Management Network, of which 132 406 were placed as school assistants and 2 000 were placed in jobs in global business services.

The Pathway Management Network will provide an entry point for young people to access opportunities during Phase 2 of the stimulus, by registering their profile on SAYouth.mobi.

Nxesi said Phase 2 of the stimulus will also support demand-led training as a new approach to skills development that links training for young people directly to jobs that are available.

Adding on to youth employment, Minister of Public Works and Infrastructure, Patricia de Lille, said that government’s employment efforts are also focused on ensuring that specific targets are set for the employment of women and youth.

The Minister said the PES has focused on ensuring that the work performed creates real public value, which can be seen and felt by the communities in which it takes place.

“For example, the more than 300 000 school assistants, who were employed through the stimulus, relieved the burden on teachers during a period in which they had a significantly higher workload due to COVID-19,” De Lille said.

In addition to providing overall support for the stimulus, the Department of Public Works and Infrastructure (DPWI) was able to expand its own employment programmes in infrastructure with additional funding in Phase 1.

“I am very proud that as DPWI, aside from the EPWP programme, we were also able to employ graduates in various projects in the department as part of the PES Programme.

This included the employment of graduates for the Welisizwe Rural Bridges Programme, as well as artisans and professionals in facilities management and waste management,” De Lille said.

During the 2020/21 financial year, the department appointed 1 886 beneficiaries and more than 500 of these graduates were able to secure external employment.

For the current financial year, the department has recruited 1 296 beneficiaries, which comprises 737 females and 559 males, and 98% youth in all nine provinces.

De Lille has praised the Presidential Employment Stimulus for encouraging real innovation in how public employment programmes across government are delivered – from recruiting participants to the type of work that is supported.

Nigeria and South Africa, a team that could make Africa tops
2 hours ago
2 hours ago

Nigeria and South Africa, a team that could make Africa tops
2 hours ago
2 hours ago