'South Africa’s 10.3 million tons of food waste is equivalent to more than a third of local food production.' 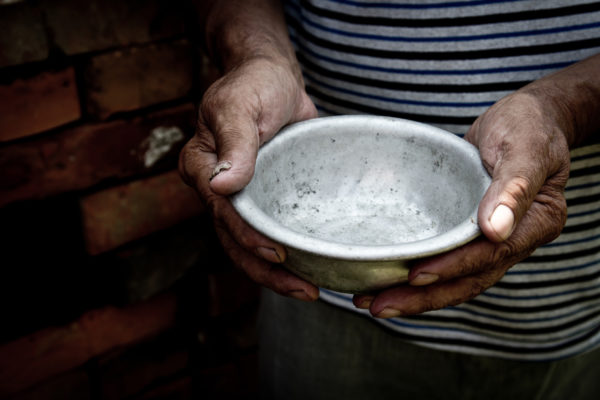 About 10 million adults and 2.8 million children in South Africa experienced hunger in the past week, while the country wastes 10.3 million tons of food per year – highlighting the disconnect between food security and food supply in the country.

The growing world population needs food but the environmental impacts of food production, inefficient agricultural land use and the contradiction of rising levels of both hunger and food waste, call for a fresh approach to getting nutrition to the world sustainably.

Speaking ahead of World Food Day today, University of Stellenbosch Business School senior lecturer in strategy and sustainability, Dr Jako Volschenk, said a growing population was “only a part of the problem” and that the types of food produced and consumed – and the agrifood chain itself – need a rethink.

The world population has doubled in the past 50 years to 7.9 billion and it is estimated global food production will need to increase by 70% to feed a projected world population of 9.7 billion by 2050.

Increasing vegetarian or flexitarian diets, reducing and repurposing food waste, innovative use of insects as an alternative protein source and better converting of food waste are among the ways to reduce the impact of food production on climate change and biodiversity, Volschenk said.

“In addition to population growth by births – at approximately 200 000 per day – people are also living longer. World Bank data indicates that life expectancy in South Africa has increased from 53 to 64 years over the past 50 years, which implies a further 20% increase in the population and people needing food.”

Volschenk said contrary to what many people thought, global consumption of meat had tripled since 1970 and that by 2011, the total number of chickens, cows, pigs and sheep in world agriculture outnumbered the human population by three to one.

“Human wealth has increased during the period from 1970 and with higher income, more people can afford to eat meat – but the growth in meat consumption is a major challenge to the longevity of humanity, due to both its impacts on human health and on the environment,” he said.

“Rearing animals also contributes to deforestation and loss of biodiversity, as rainforests, forests and pristine land are turned into pasturing and fields for growing animal feed. Water for irrigating these fields depletes already scarce water resources.”

Animal farming to meet increasing demand for meat requires more land. The world currently uses about 50% of all habitable land for agriculture and due to rising concerns about climate change and biodiversity loss, cannot afford to use more.

Meanwhile, 80% of agricultural land is used for livestock, yet it delivers only 20% of the world’s available supply of calories.

Volschenk said feed was the major cost in meat production, and beef and lamb were “the worst” at converting feed into meat, requiring 25kg and 15kg of feed, respectively, to produce 1kg of meat, while pork requires 6.4kg.

“In 50 years, eating meat will likely be frowned upon, although right now environmental concerns are the bigger driver.”

Volschenk said humanity should firstly switch to vegetarian diets, or flexitarian diets that are mostly plant-based but allow meat, fish and other animal products in moderation.

“There is reason to cut out all animal products, but this leads to suboptimal use of land, since not all agricultural land is suitable for crop growing. In dry parts of the world like the Karoo, for example, cultivated crop lands can’t be sustained in the absence of water but can still sustain grazing animals.

“However, in evaluating different types of diets, there is an optimal level of meat consumption in terms of the carrying capacity of land and humanity is far beyond that.”

Secondly, he said, food waste must be reduced. “South Africa’s 10.3 million tons of food waste is equivalent to more than a third of local food production.

Wasted food is unacceptable given the levels of hunger in our country.

“And it also represents a loss of the water and energy resources used in its production, as well as food sent to landfill generating methane gases that contribute to global warming.”

More than half of food waste takes place in the middle of the supply chain, “between farm and fork” – 19% in post-harvest handling and storage and 49% in manufacturing/processing and packaging – while 18% is wasted by households and consumers.

“We need to do better at wasting less and getting food to people who need it,”he said.

Suffer the poor as GP Social development fails to spend millions
2 weeks ago
2 weeks ago
PREMIUM!

Suffer the poor as GP Social development fails to spend millions
2 weeks ago
2 weeks ago
PREMIUM!