When the paramedics arrived at the scene, the ambulance they were traveling in was shot at. 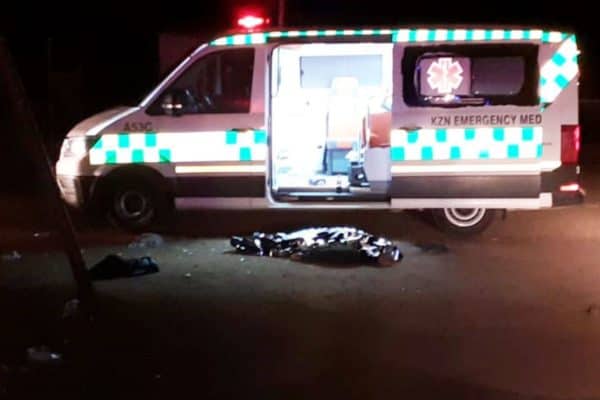 After the shots were fired, one paramedic died and the other was critically injured. Photo: Northern Natal Courier

One paramedic has died and another injured after the two were shot at while responding to a shooting incident in KwaZulu-Natal on Sunday night.

According to the province’s Emergency Medical Services spokesperson Robert Mckenzie, the incident occurred in the Estcourt area near Mabhanoyini.

When the paramedics arrived at the scene, their ambulance was shot at.

After the shots were fired, one paramedic died and the other was critically injured.

Caxton publication Northern Natal News reports the deceased paramedic was a passenger in the ambulance. The male paramedic was driving, and was shot in the back.

The ambulance was passing through the area where the shooting took place.

Police spokesperson warrant officer Basheer Khan told Northern Natal News the alleged perpetrator thought the person they were targeting was in the ambulance.

A teenager in a home nearby was also grazed with a bullet in the incident.

Mckenzie said the province’s department of health would provide further details in due course.