There was a large security presence, with specialised police armed with high-calibre rifles present in court. 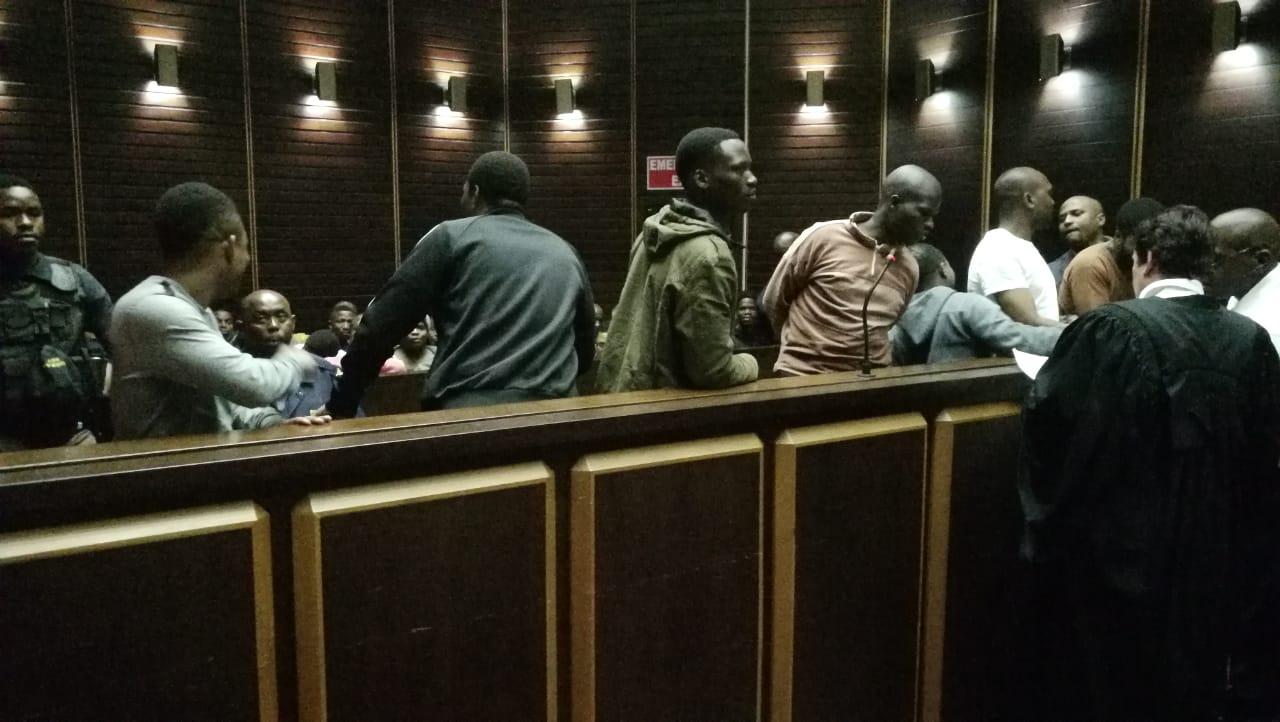 The Glebelands Eight made their first appearance on Monday in the KwaZulu-Natal High Court in Pietermaritzburg, where their trial has been set down for one month.

In a brief appearance, a packed courtroom heard that medical and post-mortem reports were still outstanding. Both the prosecution and defence agreed to roll the matter over to Tuesday.

There was a large security presence, with specialised police armed with high-calibre rifles present in court.

The eight – including a police detective – are accused of killing nine residents of the infamous Glebelands Hostel in Umlazi and conspiring to form an association that controlled money collected at the hostel, the Durban Regional Court heard on Friday.

Previously in other courts, the State claimed that hostel residents were threatened to make payments to the accused.

Prosecutors said all the accused, who were associated with the hostel’s Block 52 and other blocks aligned to that block, carried rifles and handguns during the meetings.

He was also allegedly assigned to organise automatic weapons that were used to assassinate rival hostel residents, the court heard.

It is alleged that Mdweshu played a “huge” role in threatening residents who would not pay the money they demanded.