In a warning statement, he admitted to assaulting her. She then vomited and died in her sleep. Qebe said he then piled her body into a dustbin. 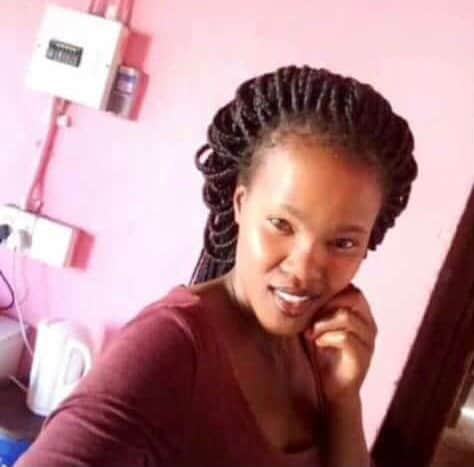 Qebe is charged with the murder of his girlfriend, Siphokazi Booi, whose charred remains were found on a dumpsite a few metres from his shack in White City, Mbekweni, Paarl.

He dumped her body – but never burnt it

According to Engelbrecht, Qebe said he had assaulted Booi in the early hours of 05 September 2021.

She vomited after the assault and fell asleep.

Qebe said in the warning statement that when Booi didn’t wake up, he realised she had died.

The statement goes on to say that he collected a dustbin, bundled her limp body into it with her feet up and covered her with a plastic sheet.

He then pushed the dustbin to a dumpsite where there was a fire. He insists he never burnt Booi’s body but admitted to abandoning her in the dustbin at the dumpsite.

DNA evidence collected from her family confirmed the body found at the dumpsite was that of Booi’s.

Another witness also linked Qebe to the murder. That witness told the court he was hiding behind concrete slabs from patrolling army members enforcing Covid-19 regulations.

The witness said he recognised Qebe because he regularly buys fruit from his stall.

While Qebe told the court he had no previous convictions and no pending cases, he was out on bail on an assault charge.

Despite those bail conditions forbidding contact with Booi, he contacted her to ask that she stay with him.

Qebe also threatened to flee to the Eastern Cape once he was released on bail.

But, for this application, he told the court that he is a father of two and ran a spaza shop.

However, state prosecutor Sarene De Villiers said Qebe’s children did not live with him, and he wasn’t supporting them.

ALSO READ: Man sentenced to 18 years after killing girlfriend with an amplifier

De Villiers also told the court that three women who lived in his area objected to his release. There was also a petition signed by the community saying they did not want him out on bail.

She further argued that police could not guarantee Qebe’s safety as his shack and vehicle were burnt after Booi was found murdered.

The court has since ruled that he remain behind bars while awaiting trial.

His case was postponed to 07 October 2021 for a regional court date.

The NPA and Civil rights group Action Society (who is watching over proceedings) has welcomed the decision to deny Qebe bail.