The Supreme Court of Appeal found that the minister of tourism failed to apply her mind to the matter properly. 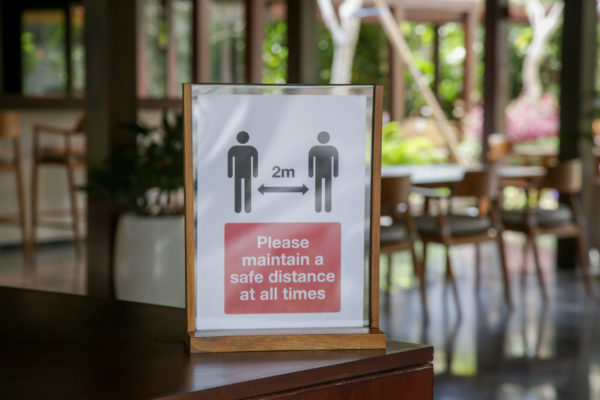 The initial hard Covid-19 lockdown imposed by the government on March 26, 2020 had a severe impact on the economy, particularly the tourism sector. Photo for illustration: iStock

NGO AfriForum and trade union Solidarity, in separate urgent review applications, took the Minister of Tourism to court in 2020 for introducing a broad-based black economic empowerment (B-BBEE) compliance component into the eligibility scoring system for Covid-19 relief funding from the Tourism Relief Fund.

The Pretoria High Court combined the two applications and dismissed the joint application in April 2020.

The two parties took the matter on appeal, and the Supreme Court of Appeal, in a judgment handed down on September 22, 2021, overturned the high court’s judgment.

The respondents, which included the Department of Tourism, are directed to pay the costs of the applicants, including the costs of two counsel.

The court held that the minister’s exercise of power in regard to introducing a B-BBEE eligibility component constituted ‘administrative action’, as defined in the Promotion of Administrative Justice Act 3 of 2000 (PAJA), and was thus subject to review.

The SCA found that the minister was not legally obliged to include the Tourism Sector B-BBEE Code in the qualification criteria, and her decision was consequently unlawful.

The SCA also held that funds already disbursed from the Tourism Relief Fund cannot be recovered.

It is to be noted that all the funds have already been disbursed.

The initial hard Covid-19 lockdown imposed by the government on March 26, 2020 had a severe impact on the economy, particularly the tourism sector.

The minister established the Tourism Relief Fund as one of the measures put in place by government to assist businesses adversely affected by the lockdown, and R200 million was allocated to the initiative to provide once-off payments of up to R50 000 to businesses in the tourism industry that were affected.

Various regulations were issued under the Disaster Management Act, 2002 (DMA), granting authority to different ministers to “make directions” within their functional areas of operation, including taking steps necessary to alleviate, contain and minimise the effects of the national state of disaster.

Jurisdictional basis for the review

The court had to decide:

In Minister of Defence and Another v Xulu [2018] ZASCA 65; 2018 (6) SA 460 (SCA) para 50, the court held that “development of a coherent administrative law demands that litigants and courts start with PAJA, and, only when PAJA does not apply, should they look to the principle of legality and any other permissible grounds of review lying outside PAJA”.

In other words, the court would first look at PAJA, and if PAJA did not apply, it would then look at other grounds of review lying outside the PAJA.

The court would only turn to the merits of the case once it had decided the jurisdictional basis for the review.

The minister had argued that she was obliged by statute to include in her direction B-BBEE criteria for eligibility to financial assistance.

The court opined that “this is the crux of the case: if she is correct, then the appeals must fail because she would have done what the law required her to do; but if she is incorrect, the appeals may succeed because in making the direction on the basis of an incorrect interpretation of the law, she may have committed a material error of law”.

The minister in her answering affidavit argued that:

The court explained that the purposes of the DMA and the B-BBEE Act “are very different”.

The DMA is aimed at “preventing or limiting disasters, mitigating their impact and enabling post-disaster recovery”, while the B-BBEE Act is aimed at “promoting black economic empowerment in order to enable black people to participate meaningfully in the economy”.

The court pointed out that the DMA’s empowering provisions for the making of regulations do not include B-BBEE objectives, and agreed with H W R Wade and C F Forsyth Administrative Law (8 ed) (2000) at 386 that statutory powers must be used with “scrupulous attention to their true purposes and for reasons that are relevant and proper”.

The court, citing case law, opined that when a person exercising public power has committed themselves unequivocally to a basis for their authority to exercise that power, they stand or fall by that choice.

The court referred to Hira and Another v Booysen and Another 1992 (4) SA 69 (A), which articulated that administrative action can be reviewed if “the action was materially influenced by an error of law”.

The court found that the minister “erroneously” believed that she was bound by the B-BBEE Act to include the B-BBEE code in the selection criteria: “Her error was material because it distorted her discretion in the sense that it caused her to fail to apply her mind properly to the criteria that should have been used for eligibility … ” and her action was therefore invalid.

Counsel for AfriForum suggested, and counsel for Solidarity agreed, that there was no point in seeking to review or set aside the minister’s actions as the whole fund had already been disbursed, and the disbursed funds cannot be recovered from the beneficiaries.