According to the DA, Ramaphosa and the government have instructed the State Attorney to defend the policy in court. 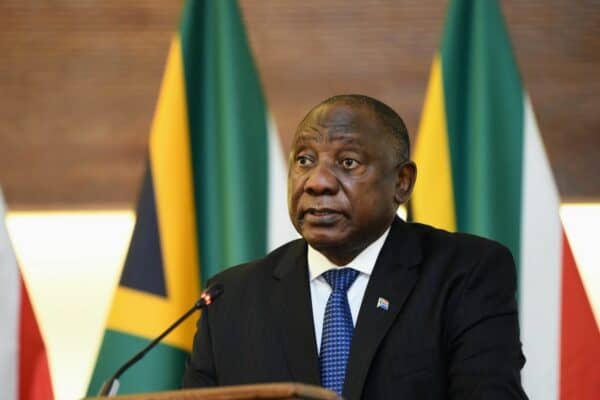 President Cyril Ramaphosa, in his capacity as President of South Africa, has filed papers in the Gauteng High Court in Pretoria to oppose the Democratic Alliance’s (DA) court case to have the ANC’s cadre deployment policy declared unconstitutional and illegal.

The DA filed papers last month in a bid to have court declare the governing party’s cadre deployment policy inconsistent with the country’s constitution and the Public Service Act.

“There is a school of thought that says corruption and cadre deployment is a victimless crime, but nothing could be further from the truth,” Steenhuisen said.

In a statement on Thursday, the DA said it received legal papers from Ramaphosa and the government announcing that they “intend to oppose” the DA’s court case.

“This marks a hugely significant moment in the DA’s ongoing war against cadre deployment, because it reveals three facts,” said DA Shadow Minister for Public Service and Administration Leon Schreiber.

“The first is that Ramaphosa’s decision to formally defend cadre deployment in court in his capacity as President of the country – not as President of the ANC – confirms beyond all reasonable doubt that he has no intention of meaningfully eradicating state capture.

“The State Capture Commission that Ramaphosa previously professed to support found that cadre deployment facilitated state capture through ‘the appointment of pliant individuals to powerful positions in state entities.’

“Yet now that the Commission has implicated the ANC cadre deployment committee that he chaired during the Zuma years, Ramaphosa, his party and his entire government are clearly hell-bent on defying the Zondo Report in order to protect ANC cadre deployment – the very foundation of state capture.”

According to the DA, Ramaphosa has instructed the State Attorney to defend the ANC.

“Cyril Ramaphosa is blatantly abusing state resources, and the hard-earned tax money of South Africans, to defend in court the corrupt ANC cadre deployment policy that facilitated state capture. As he has done so many times before, he and his government have shamelessly chosen the corrupt interests of ANC cadres over the needs of the South African people.”

Appearing at the state capture commission in April last year, Ramaphosa defended the ANC’s cadre deployment committee, saying it merely made recommendations on people to appoint in the state.

However, Ramaphosa acknowledged implementation of the ANC deployment policy was not perfect, adding that its recommendations were not always followed by officials in government.

“We would concede there are weaknesses in its practical implementation that make the case for greater clarity, both in political parties and the state. Ultimately, political involvement in the administration of the public service must be circumscribed by legislation, convention and practice.