The annual induction programme was held to orientate the grade 8 pupils to understand the culture of the school. 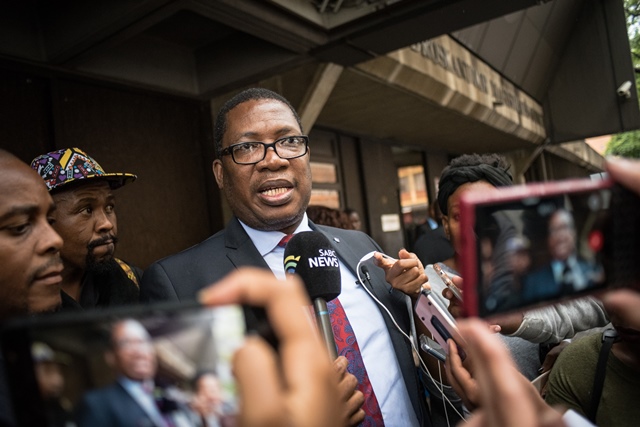 During a visit to Fons Luminis Secondary school, Gauteng education MEC Panyaza Lesufi highlighted how officials were made aware of the alleged rape of a Grade 8 pupil by three learners while on camp over the weekend in De Deur, situated south of Soweto.

The Fons Luminis Secondary school in Diepkloof, Soweto, held an emergency student governing body meeting on Monday where it was decided that the three learners implicated in the rape of a 14-year-old would be suspended.

A case has been opened against the perpetrators who are all 13 years old. A disciplinary hearing against the pupils will be held next Wednesday, March 13.

A psychosocial team has visited the parents of the 14-year-old victim according to Lesufi, who provided hair-raising details of how the alleged rape was discovered.

The Grade 8s left on Friday to go to the Vaal in Sedibeng at a place called De Deur. Lesufi said the annual induction programme was held to orientate the Grade 8 pupils to understand the culture of the school. Every learner was provided with the ground rules for the weekend and explanation of what was needed from them. He mentioned that a clear rule was that the boys would be separated from the girls.

The alleged rape was discovered by another child who went into the room of the incident.

“He specifically wanted to see one of the three boys. In that instance, the other [boy] said [he] then witnessed this activity taking place, that was completely unacceptable.”

Initially, only two boys confessed to the altercation to teachers at the camp. The matter was later reported by other pupils which resulted in a case opened with police and the victim taken for medical attention.

“What shocked the teachers was that it was not the girl learner who reported the matter,” Lesufi said.

He said the parents of the three alleged rapists still claimed their children were innocent during interview sessions. The three pupils are currently on suspension.

“Because where they (pupils) were, they don’t have a rape kit, and the matter was brought to Diepkloof [police] and was later referred back there.”

Lesufi has made it clear that he and the departments were disgusted by the news.

“Our thoughts are with the girl,” he wrote. “We will provide all the support and care. As for the boys…”

We are disgusted ???? Our thoughts are with the girl. We will provide all the support and care. As for the boys ……. pic.twitter.com/6wXaX5zIbr