Shortly after the Western Cape government's statement, the police announced another breakthrough in tracing illegal firearms. 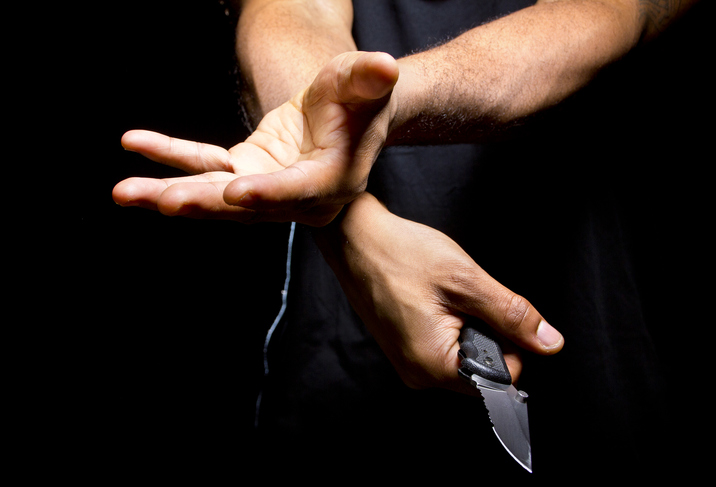 The Cape Town metro recorded 41 murders this past weekend, with knives and sharp instruments overtaking guns as the weapon of choice, said the Western Cape government on Tuesday.

“Of the 41 murders, 16 were due to gunshots, 19 as a result of stabbings, and six due to other circumstances,” a statement said.

The latest figure of 41, is down from 46 murders over the previous weekend.

The figure of 16 gunshot deaths was down from the previous 21.

Premier Alan Winde said in a statement: “We remain concerned about the number of stabbings at 19, as these could point to instances of interpersonal violence, which in some instances is very difficult to police and prevent.”

The weekend figures include four murders in Khayelitsha, three in Harare, four in Langa, three in Gugulethu, one in Manenberg, and one in Mitchells Plain.

“The SANDF is currently employed in various areas of the Western Cape as a stabilisation force, and I believe we are starting to see some impact of the additional boots on the ground in some of the trends we are seeing,” said Winde.

“Increased police operations, coupled with additional law enforcement officers from the City of Cape Town, and community Neighbourhood Watch efforts, will start to pay dividends over time as criminals and gangsters start to feel the pressure of visible policing, arrests and community-driven efforts to take back their spaces.”

Shortly after the Western Cape government’s statement, the police announced another breakthrough in tracing illegal firearms.

Spokesperson Siyabulela Malo said a 22-year-old was arrested in Parkwood near Grassy Park early on Tuesday when officers responded to a group of men scattering as they spotted a patrolling police vehicle.

Police gave chase and a body search turned up a .38 Special revolver with four rounds of ammunition. One person will appear in the Wynberg Magistrate’s Court on Wednesday.

On Sunday, police arrested a 14-year-old child in possession of the same type of firearm, and ammunition, in the Gordon’s Bay area.

The police had responded to a call for help by the Gordon’s Bay Neighbourhood Watch after a group of men had tried to rob two men and a woman at gunpoint.

Police did a body search on the group the Neighbourhood Watch suspected, and the weapon was found on the child.

He will go through Child Justice Act procedures and has been handed over into his parents’ care.

Community safety MEC Albert Fritz welcomed the declining number of deaths, but wanted to see other preventative measures implemented to disrupt the supply of illegal guns.

These included the police tightening up on the sale of ammunition and cartridges by dealers and manufacturers and a Provincial Firearm and Ammunition Control Act.

An Illegal Firearms Hotline offers a R10,000 reward for individuals who provide accurate information regarding the illegal distribution of firearms. Its number is 078 330 9333.

Watch: Three injured in shootout during robbery at Oriental Plaza jewellery store
4 hours ago
4 hours ago

Watch: Three injured in shootout during robbery at Oriental Plaza jewellery store
4 hours ago
4 hours ago