Local dams, which feed the water purification plant, are 'so contaminated with sewage from the town that no amount of chemicals can clean it'. 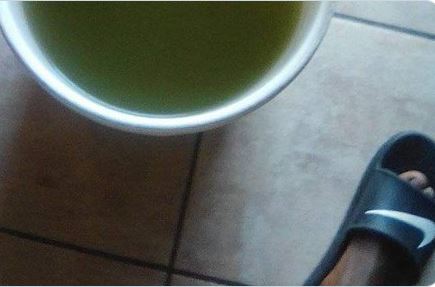 A bucket full of the green water supplied to residents of Winburg since 28 December 2019. Picture: Twitter / @tcmohono

The DA in the Free State has laid criminal charges against the mayor and municipal manager of the Masilonyana Municipality over dirty drinking water in the area.

Rossouw said the act criminalised the unlawful and intentional or negligent act or omission which polluted or was likely to pollute a water resource and detrimentally affected a water resource.

“Since December 28, 2019, the drinking water provided to the community of Winburg is green. The DA has investigated and discovered that the local dams, which feed the community’s water purification plant, is so contaminated with sewage from the town that no amount of chemicals can clean it.

“The municipality is still continuing to provide the community with this water although they issued a warning that such water should not be consumed,” said Rossouw.

She added the DA was concerned the water was being used for bathing as well as washing of dishes and clothes, which posed a severe health and safety risk for the community.

“The municipality has a constitutional duty to provide clean, drinkable and safe water to the residents. Sicknesses or death that might result from the consumption of such water will be the fault of the municipality.

“The mayor, Steven Koalane, and municipal manager Pule Tsekedi, as the administrative and political head of this ANC-led council, need to take responsibility and ensure that our constitutional rights are upheld.

“Currently, they are putting lives in danger through their inability to govern and are breaking the law.”

Rossouw promised the DA would also be writing to the MEC for Cogta and the relevant ministers of the national government to seek urgent intervention.

Police spokesperson Colonel Thandi Mbambo confirmed an enquiry docket under the National Water Act 36(1)(i) had been registered for further investigation.