The woman was visiting her mother when she was kidnapped and driven around for hours, before being dropped off near the Dobsonville police station. 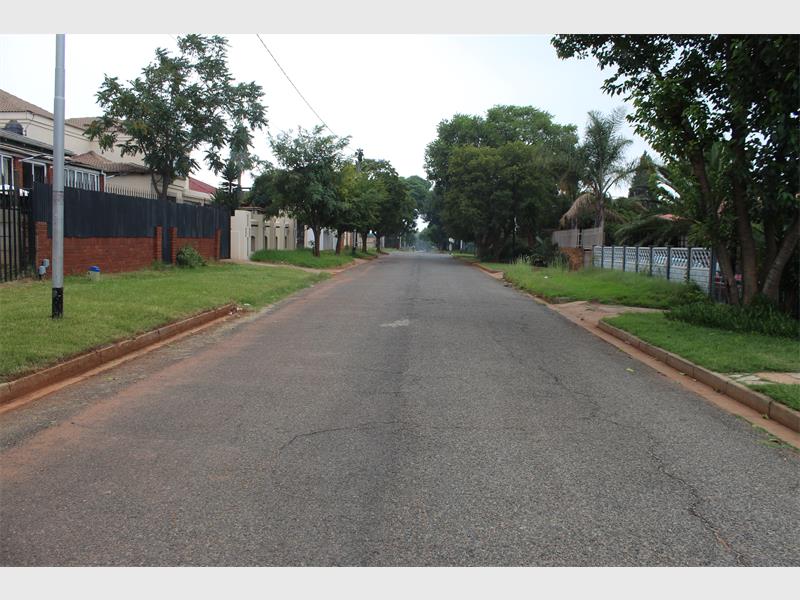 The spot where the hijacking and kidnapping took place. Photo: Jarryd Westerdale.

A regular visit to her mother quickly turned into a hauntingly traumatic ordeal as a Roodepoort woman was hijacked and taken captive shortly after 7.30pm on Thursday, 16 January, reports Roodepoort Record.

Jane* was saying goodbye to her mother on 7th Avenue, Roodepoort North. An unidentified vehicle occupied by four men passed them on the street, only to stop and reverse at a high speed. A tall, thin, balaclava-wearing man exited the car and pointed his firearm at Jane and her mother.

While Jane’s mother ran inside to press the panic button, the man and his short, rotund accomplice pulled Jane from her white Kia Rio and bundled her into his vehicle. The two other occupants then got into the Kia and the two vehicles sped away towards Main Reef Road in the direction of Soweto.

The two vehicles separated and Jane was ordered to place the man’s balaclava on her head and lie face down on the back seat. The kidnappers then stopped to pick up another two men and after a debate about whether to put Jane in the boot, the men simply sat on top of her panic-stricken body.

“We then pulled into what I think was a garage, as I heard what sounded like a garage door and we waited there for what seemed like an eternity,” recounted Jane.

Jane was threatened with her life to reveal her PIN numbers, giving her captors the chance to withdraw over R3,000, as well as using the cards for smaller purchases at Soweto night spots early on Friday morning, as reflected on Jane’s bank statements.

It was after midnight when the vehicle was on the move again, stopping in a Meadowlands side street. Jane was pulled from the car and told to look in the opposite direction as her captors sped off.

A petrified Jane, not knowing where she was, walked towards signs of life. At a petrol station, she was told where she was.

“I just walked and walked and walked for what felt like forever. I was so scared,” she revealed. A signpost led her to the Dobsonville police station, where she called her distraught mom, who rushed to fetch her.

Jane’s car, cellphone, work laptop and personal effects were stolen from her, but thankfully she was not harmed. A case was opened at Roodepoort police station and is currently under investigation.

*Not her real name.