Marietjie Gericke is investigating alleged irregularities, including the purchase of 10 buses from David Mothebe at R5.5m each for the Hauweng public bus service. 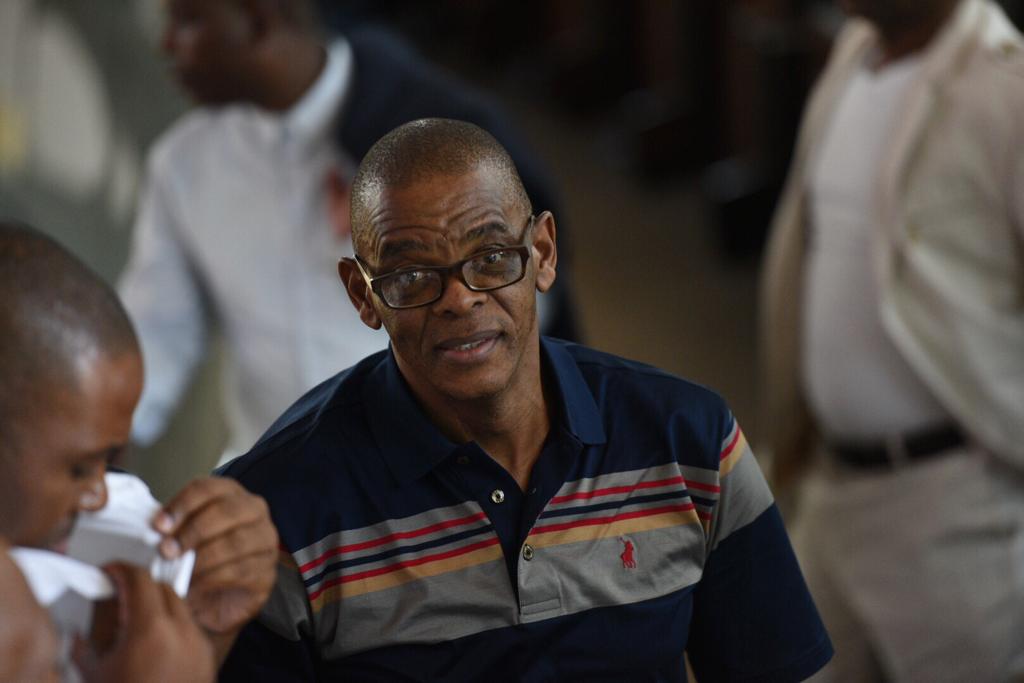 Ace Magashule outside the Joburg Council after the vote for Joburg mayor was postponed, 28 November 2019. Picture: Michel Bega

A senior journalist at Bloemfontein-based Afrikaans newspaper Volksblad was allegedly assaulted by a local attorney as she was putting questions to a man who is reportedly a close associate of ANC secretary general Ace Magashule.

Marietjie Gericke told News24 a meeting was set up at the offices of Rossouw Attorneys on Tuesday so that she could put questions to local tycoon David Mothebe.

According to Gericke, she posed questions to Mothebe about lucrative tenders his company received from the Free State government in 2014 and 2015.

She also had questions about Mothebe’s alleged close ties to Magashule and his life partner, Lydia Motsemme.

Netwerk24 earlier reported that large tenders which had been awarded to Mothebe Wheels and Mothebe Shuttle Services were being scrutinised.

According to that report, Mothebe’s company acted as a middleman in the purchase of a Nyala police vehicle, which Mothebe allegedly sold to the Mangaung Municipality for around R5.8m. According to Israel Kgamanyane, metro police chief, the vehicle was sold to Mothebe for R3.9m.

Gericke is also investigating other alleged irregularities, including the purchase of 10 buses from Mothebe at R5.5m each for the Hauweng public bus service.

Gericke said Mothebe agreed to meet her at 08.00am to answer her questions.

Instead, she said, she was met by a very hostile attorney Roelie Rossouw, who sat opposite her and Mothebe. She was instructed not to address Mothebe or look at him.

“I had prepared a set of questions and started to ask them, but Rossouw told me Mothebe wasn’t obligated to answer them. He said I should ask the government about the tenders, not Mothebe. He said Mothebe didn’t have to discuss his business interests with me.”

Rossouw told her that her allegations were unfounded.

After realising she was getting nowhere, she asked if she could take pictures. When this request was met with no response, she took out her cellphone and took a picture of Rossouw.

“He [Rossouw] then bolted around his desk and grabbed me by the arm in an attempt to get to my cellphone.”

Rossouw then allegedly left the room with Gericke’s cellphone and went to another office.

She ran after him, shouting: “I’ve been assaulted! Give me back my phone!”

When Gericke finally got her cellphone back, she left the office and was followed by Mothebe.

“He tried to calm me down and convince me to speak to Rossouw again, but I refused.”

She then attempted to take pictures of Mothebe, but he hid behind a tree before driving off in a Porsche 911 with no number plates.

Gericke has since laid a charge of assault against Rossouw at the Parkweg police station in Bloemfontein.

News24 attempted to get hold of Rossouw at his office on Wednesday but was told he was not available.

Charles Smith, Netwerk24’s head of news in the Free State and Northern Cape, said the alleged assault of one of his journalists was unacceptable.

“It was an arranged meeting that all parties agreed to. To attack a journalist who is armed with a pen and notebook is unfair and entirely unacceptable. They are doing a very difficult job.”

Smith said he took pictures of the bruises on Gericke’s arm following the alleged incident.

“State capture is alive and well in the Free State,” Smith said. “Middlemen are being used in many of these transactions – a practice that was put in place by Magashule. Contracts with cronies are still going on.”

Smith said he was proud of the work Gericke was doing to expose corruption and state capture in the Free State.

“We will continue to investigate these allegations,” Smith said.

Tshwane parents found guilty of assaulting, neglecting their baby
15 hours ago
15 hours ago

Tshwane parents found guilty of assaulting, neglecting their baby
15 hours ago
15 hours ago