The 87-year-old sustained bruises to her face. 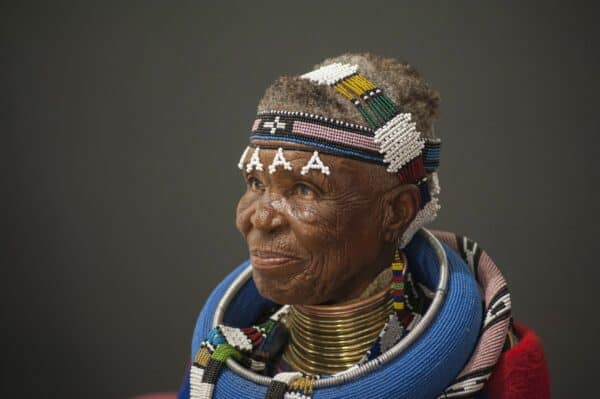 World renowned Ndebele artist Esther Mahlangu was attacked and robbed of cash as well as a firearm at her Mpumalanga homestead on Sunday.

Provincial police spokesperson Brigadier Selvy Mohlala said the incident happened as Mahlangu prepared to take a nap at her home in Siyabuswa.

“She was alone in the house and locked all doors to take a nap. Strangely, she noticed a man unknown to her inside her house.

“The man then allegedly grabbed her punched her in the face before tying both her hands with a cable, and tried to strangle her until she reportedly became unconscious,” Mohlala said.

The 87-year-old could not recall what happened, but after gaining consciousness she realised that her home had been ransacked.

The attacker took cash and her firearm from the safe.

Mahlangu sustained bruises to her face.

“It is shameful to hear that our senior citizens are being targeted by heartless criminals who show no mercy all. On Sunday, we had an incident of this nature where an old male pensioner was strangled to death in Delmas. This cannot continue unabated.

“The person who committed this evil act against one of the country’s asset must be swiftly hunted down and brought to book,” she said.

The self-taught Ndebele artist has also worked with an alcohol brand and her work has been honoured internationally.