'Today we saw many teachers reporting on the trauma of being back because many have been affected by Covid-19.' 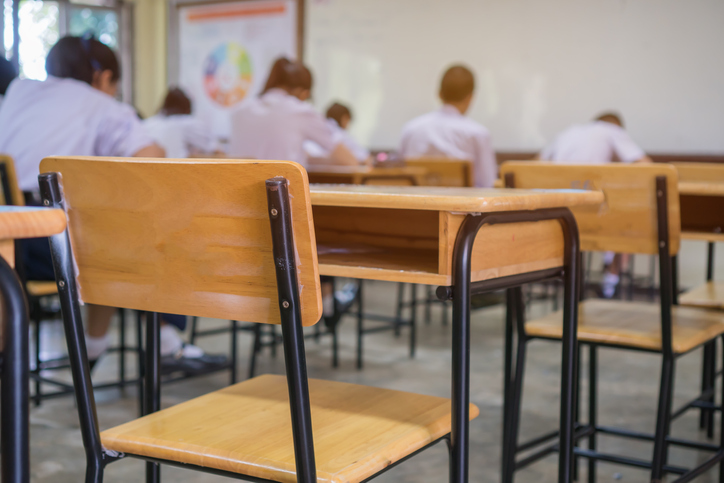 While teachers across the country returned to their schools on Monday, unions remain concerned about the safety of those on duty.

South African Democratic Teachers’ Union (Sadtu) general secretary Mugwena Maluleke said teachers had never indicated that they did not want to be at work.

“Teachers want to be at work, but they want to work under proper health and safety protocols. Teachers want support because they too have been subjected to trauma,” Maluleke said.

National Professional Teacher’s Organisation of South Africa (Naptosa) executive director Basil Manuel said: “Teachers have gone back to school, but they are concerned because some have co-morbidities and some have other serious illnesses.

“Today we saw many teachers reporting on the trauma of being back because many have been affected by Covid-19.”

Manuel said they were currently engaging with the Department of Basic Education over these concerns.

“We want schools to open, but we want them to open the schools slowly and not in a rush,” he said.

Last month, Naptosa conducted a survey across the country – over 7,000 responses were received from several schools.

The survey revealed that nationally, 40% of schools reported not having enough hand and surface sanitisers.

The Department of Basic Education had been adamant about the date schools were set to reopen – this, despite objections made by unions opposing the reopening.

In preparation of teachers returning to school on Monday, the department said in a statement: “Educators and support staff who fail to report for duty as stipulated without a valid and approved reason subject themselves to disciplinary action being taken against them.”

The department’s spokesperson Elijah Mhlanga told News24 that no additional measures had been put in place for teachers safety.

“We expect attendance reports of teachers by end of this week,” he said.

They were busy with planning so that teachers were clear on how they would be teaching when the academic year kicked off.

Western Cape Education Department spokesperson Bronagh Hammond said: “Circuit managers/districts are engaging with all schools to share advice, good practice and sensible ideas about the many actions that need to/can be taken, now that the time is available.

“We call on all schools to use this time constructively in preparing schools (cleaning and planning); preparing lessons in the event of further disruptions going forward; preparing and sharing ideas amongst schools about ways of online learning (also for learners in disadvantaged communities); preparing digital lessons; and preparing for more digital teaching and learning and administrative work – such as finalising admissions.”

She said the department has engaged with unions.

Last year, the department spent over R450 million on safety materials for schools – this included masks, sanitisers and cleaning material.