The ANC says quoting their head of elections saying they plan to spend 'around R50 million' on elections is 'sensational' and 'malicious'. 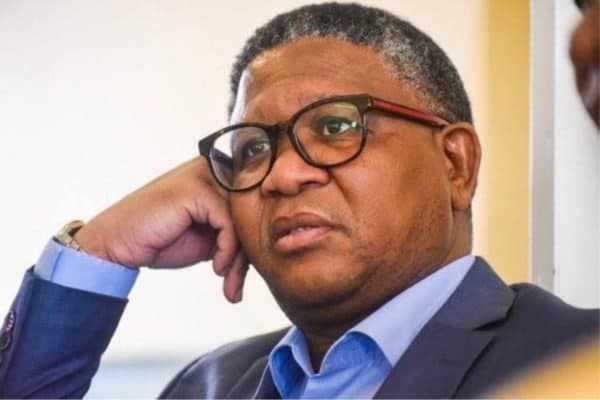 After ANC head of elections Fikile Mbalula made mention of his election budget projection of “around R50 million” for this year’s municipal polls, the ANC released a statement accusing The Citizen of being sensationalist and even “malicious” by, in effect, reporting Mbalula’s exact words.

Mbalula also touched on the ongoing nonpayment of employees at his organisation, saying ANC staffers protesting over unpaid salaries weren’t “real people who work at the ANC”, but “those who don’t know even their job description”, “ghost workers”, and those who thought it is “fashionable for going out and embarrassing the ANC and bringing its name in disrepute”.

He defended the party against questions about their inability to pay staff salaries for three months while still apparently planning to spend “around R50 million” on campaigning, in his own words.

This election campaign budget was not set in stone, however, as budgets were “moving targets”, but the party was definitely “not looking at spending more than R50 million in this campaign”, Mbalula told 702’s Clement Manyatela in an interview on Wednesday morning.

Listen to the interview here:

Despite Mbalula reiterating when pressed that the party was looking at spending “around R50 million”, the party has now denied this, and accused The Citizen of creating “a false impression that the ANC announced plans to spend R50 million” on its campaign.

In a statement issued on Wednesday afternoon, the ANC said:

“This is a distortion of the comment made by our Head of Elections Comrade Fikile Mbalula on the 702 Radio interview, where we alluded that the ANC relies on donors to fund its election campaign and has no firm budget that is fully funded. This distortion is at best sensational and at worst malicious, and does nothing to enrich public discourse that should inform the choices of the voters.”

The party is now not clear on how much it will spend on its campaign, but has yet to withdraw Mbalula’s estimate of “around R50 million”.

The party clarified that “being mindful of the budget constraints facing the ANC, we are placing heavy reliance on our volunteers to directly undertake many activities that will effectively reduce our costs”.

This is not the first time an ANC head of elections has spoken about the ANC’s budget on 702, only for their “revelation” to later be contradicted by the ANC itself. In 2016, Nomvula Mokonyane said the party had spent “R1 billion” on their campaign that year, but the party’s then spokesperson, Zizi Kodwa, later said this was incorrect and Mokonyane was not empowered to discuss financial matters best left to the treasurer-general. He declined to provide the correct figure, merely explaining that Mokonyane had been making some sort of joke and that it was a figure of speech of some sort.

During Mbalula’s interview he also claimed that the party’s supposed tax woes have been an “over-exaggeration”.

This after the party supposedly deducted Pay As You Earn (PAYE) and Unemployment Insurance Fund contributions from staff members for several months, while not paying these to the relevant bodies. He dismissed the recent protests by staffers who had not been paid for several months, accusing them of attempting to embarrass the party and that their concerns had been “blown out of proportion”.

Mbalula insisted that they had “terms with Sars”, and that the party has been paying off its debts to the taxman.

He did not elaborate on the fact that failure to pay over PAYE deductions is a criminal offence, or of Sars’ garnishing the R17 million allocated to the ANC by the Independent Electoral Commission (IEC) for the first quarter of 2021/22 as partial payment of its debt.

Reports in May this year suggested that the cash-strapped ANC had an R80 million tax bill when Paul Mashatile took over as treasurer-general in December 2017, and that the party reportedly owed a further R140 million in provident-fund debt, which it has been paying off.

Mbalula said the party was working on its cash flow challenges, adding that democracy is an expensive exercise.

“Democracy and running a party political structure is tough and the ANC is running a huge bill, which it needs to reconsider in light of the new financial laws that govern political parties’ funding,” he said.

“We rely on fundraising and donor funding, that is it. So, we don’t have our own assets that we rely on to give us more resources every month.”