At one of the DA’s regional election offices, tired party agents and activists relentlessly called voters, added up numbers and looked busy but exhausted. The local government elections started off as a day of long queues but quickly subsided as voters roll stuff-ups, the heat of the day and long weekend lust overtook overall turnout. Everywhere, except it seems for Reiger Park, where candidate and activist energy just didn’t seem to subside, at all. By lunch-time though, most voting stations The Citizen visited were quiet with party agents taking advantage of the break-time.

EFF ward councillor candidate Lebogang Morukhuladi was out doing the rounds and serving lunch to her volunteers.

“I am very confident about the outcome of these elections,” she says. “Both for my political future as well as the tremendous support that the EFF holds in South Africa.”

For her, the biggest issue that faces South Africa is the youth and concomitant high unemployment rate.

“So many school leavers and graduates are struggling to find jobs, we really have to do something about it.”

At the same polling station, the DA and the ANC swept aside their differences and congregated under the shade of a blue party-branded gazebo. One party agent joked that the DA was eating the ANC’s lunch. There was little sign of the tension between the parties with meals eaten together, space spared and smiles all around.

The irony of the moment may have been lost on the day but after two weeks of ‘will they or won’t they’, it was quite amusing to see both parties picnic together in front of Parkdene Primary School. A few metres away, ActionSA activists looked on and focused on the task ahead; mobilising voters to make their mark next to their green logo. 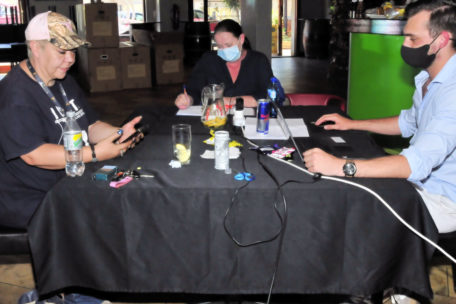 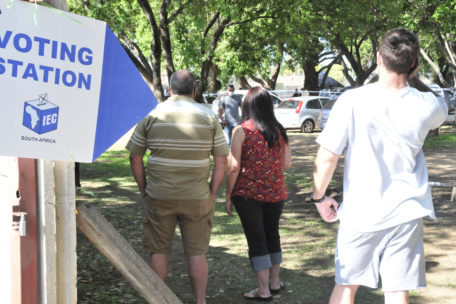 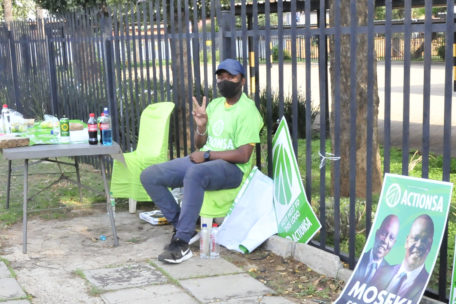 At one of the DA’s regional election offices, tired party agents and activists relentlessly called voters, added up numbers and looked busy but exhausted. Electioneering is energy sapping stuff, so much so that at one voting station a few kilometres away, the ActionSA kiosk was abandoned. At another, there were unbranded activists looking pretty Actioned out with wind-swept posters and empty bottles and cans of drinks lined across party leader Herman Mashaba’s smile.

Smiles seem to have been in short supply on the day. At Summerfields Primary School, the Freedom Front Plus candidate and company didn’t smile. Not once. But who can blame them after two months of campaigning and virtual baby kissing?

The DA and ActionSA were active in the queue and apart from a few walks up and down the street by the Freedom Front, not much else was happening. Voters amused themselves and social distancing was probably a blessing in disguise for an electorate pretty gatvol of empty promises and large-scale institutional looting. That is, if the chatter in the line is to be believed.