Election results a message to ANC to shape up, says Duarte

The people were, however, happy with the ruling party's renewal process, she said. 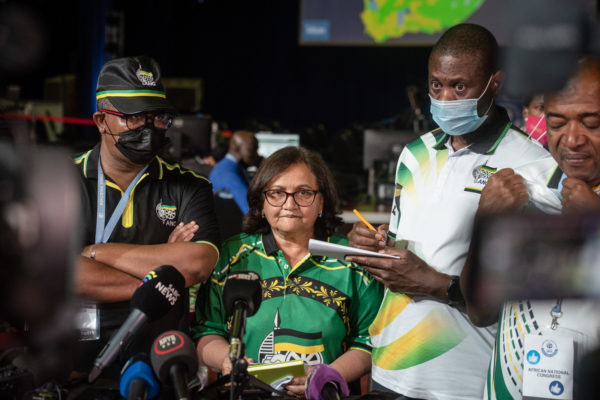 African National Congress (ANC) acting secretary-general Jessie Duarte has admitted that the people of South Africa are disappointed in the ANC, and the elections results are sending that message.

Briefing the media on the local government elections preliminary results on Wednesday afternoon, Duarte said this was the most difficult election the ruling party had ever contested due to people not having faith in the party anymore.

“The people are disappointed in the ANC with the slow progress in fixing local government and ensuring quality and consistent basic services, tackling corruption and greed. The message has heard the message loud and clear. These results and the turnout is a message to our movement to shape up,” said Duarte.

The people were, however, happy with the ruling party’s renewal process, she said.

“We are more determined than ever to do and be better. We are determined to improve service delivery, accountability as we build better communities.”

Duarte said the ANC would need to engage in coalition discussions with other political parties as the current results show there will be more hung councils than ever before.

“This is nothing new, we have done so since 1994,” said Duarte, as ActionSA and the Democratic Alliance (DA) made it clear they are not willing to work with the ruling party.

“The ANC’s approach to coalitions remains based on principle, not expediency, and guided by the spirit, mandate and interests of the voters.

“Regrettably, recent experience with a number of coalitions has not been positive. Most of these coalitions which were led by the opposition have been untidy, messy and premised on gaining power as an end in itself. This has resulted in unstable and self-serving ‘marriages of inconvenience’,” said Duarte, probably referring to the party’s recent fallout with the Patriotic Alliance (PA).

“To avoid this type of political and administrative instability, the ANC will consider an approach with likeminded parties, including affirming the principle accepted in many countries, that the party that receives the most votes in a given election, should be afforded the first opportunity to form a coalition government, thus mitigating against an unseemly scramble for power. This approach is in the interests of effective governance, and is consistent with the principles of democracy and proportionality manifest in our Constitution.”

Earlier on Wednesday, ActionSA leader Herman Mashaba said he was approached by one of the ANC’s top six leaders about a possible coalition.

Mashaba, however, said ActionSA has no intention of entering into a coalition with the ruling party.

ActionSA has got the third-highest number of votes in the City of Johannesburg.