The body was found inside a burnt out Taxify vehicle near the Unisa Sunnyside campus.

The remains of a man were found inside a burnt-out Taxify vehicle on Thursday evening in Sunnyside, Pretoria East Rekord reports.

“The body was found inside a burnt-out Taxify Chevrolet Aveo near Unisa Sunnyside campus [in Pretoria]. Both the cause or motive behind the incident are still a subject of investigation,” he said.

Mavimbela said the identity of the deceased was yet to be confirmed.

“We are appealing to anyone with information that could lead to the arrest of the perpetrators to contact police station on 012 422 3600.” 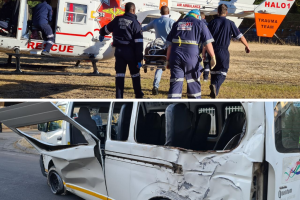