The 35-year-old woman was arrested in March for severely beating her five-year-old son with a wooden stick. WARNING: video not for sensitive viewers. 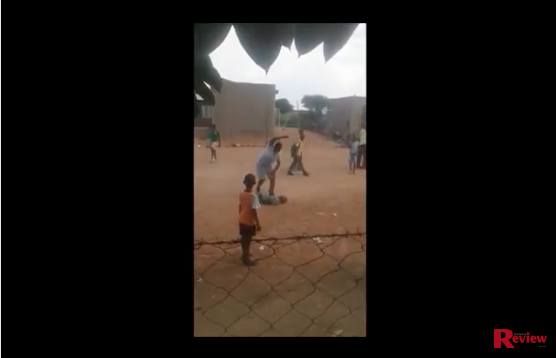 A screenshot of the video. Video: Limpopo Police

Police spokesperson Lt-Col Moatshe Ngoepe told Bosveld Review that the woman from Cooperspark village in Matlala, outside Polokwane, appeared before the Matlala Magistrates’ Court on a charge of child abuse and assault with the intent to do grievous bodily harm.

The following video footage of the assault, allegedly committed by the accused, was provided by Limpopo police.

Watch the video below (warning: not for sensitive viewers):

On March 15, the accused allegedly severely assaulted her son using a wooden stick after accusing him of losing his school shoes.

“During this ordeal, the child sustained serious injuries throughout his body, and was taken to hospital for medical treatment. He was thereafter released into the custody of his grandmother,” Ngoepe said.

Her cases were postponed to April 30, 2018, with no bail for further police investigation to take place.

Woman arrested on charge of child abuse in Germiston