Manhole in Centurion has residents gasping for air A sewer manhole in Brakfontein Road in Centurion has residents literally gasping for their breaths because of the stench.

One of the residents, Mehluli Ncube, said he had been regularly reporting the problem to the metro since 2016 – with no luck, reports Centurion Rekord.

“The manhole is right behind our complex,” said Ncube. “It is a health hazard to our children.”

Ncube said he reported the matter again as recently as 30 April, and that the metro never responded. City of Tshwane workers finish off after replacing a manhole that had become blocked and inaccesable on Markotter Street in Centurion, 22 May 2018. Sewage from the previous manhole had overflown and ran through a complex on Brakfontein road recently causing a massive mess and unbearable stench.Picture: Neil McCartney

He said the children in the area didn’t see any danger with the flowing sewer water, and that he had found them playing in it at times.

“Does Tshwane council have competent plumbers? Or does it mean our sewer system needs an overhaul?”

Tshwane metro spokesperson Lindela Mashigo said a maintenance team in region 4 did look into the problem.

“It seems that the roots of large trees between Markotter Street and Brakfontein Road are the source of blockages.”

Mashigo said the owner was reluctant to cut the trees. 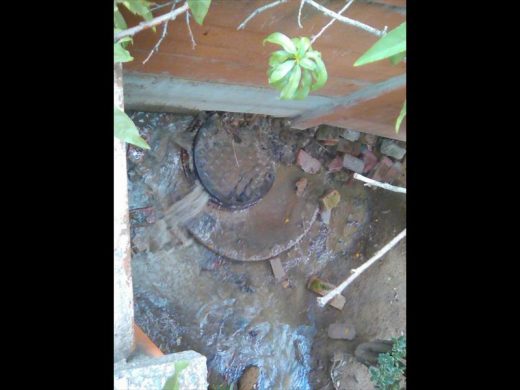 “However, we are looking into building a new manhole for easy access for maintenance,” he said.

He said such a project had financial implications and funding must be secured first.