The man's body was recovered by community members on Sunday. 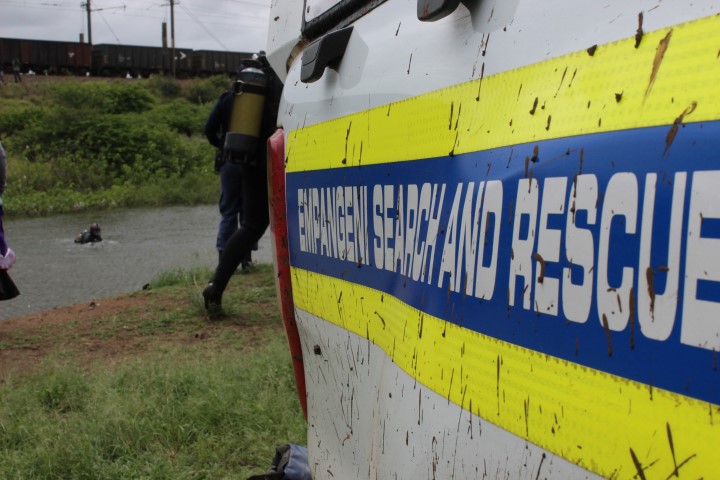 Visibility was too poor to search for the bodies on Thursday night, but divers returned on Friday morning and retireved the bodies of the two young boys. Photo for illustration only: Orrin Singh

The body of a 26-year-old man who is believed to have been poaching by illegally using gill nets to fish in a river in Jozini, was recovered by community members on Sunday, reports Zululand Observer.

According to King Cetshwayo Cluster Police spokesperson Captain Mbongeni Mdlalose, members of the Empangeni Search and Rescue (SAR) and K9 Search and Rescue units were deployed to the area on Saturday, after reports emerged that the man did not return home after going to the river to fish.

“Our members attended the scene but were unable to conduct any sort of dive operation due to dangers including crocodiles and hippos, which are known to be in that river,” said Mdlalose.

“They opted to return on Sunday to continue with their search, but were informed that the community had recovered the body.”

A search by Empangeni SAR and K9 SAR units is currently underway in the eNseleni River, where another suspected poacher is believed to have drowned.

A gill net and a paddle reportedly belonging to the man in his 40s were recovered earlier on Monday.

Last week, members of the Empangeni SAR and K9 SAR recovered the body of a 35-year-old man who reportedly drowned while crossing a river to steal cattle on a private farm between Glückstadt and Vryheid.