The depot will also accommodate buses of the soon to be established Sandton route. 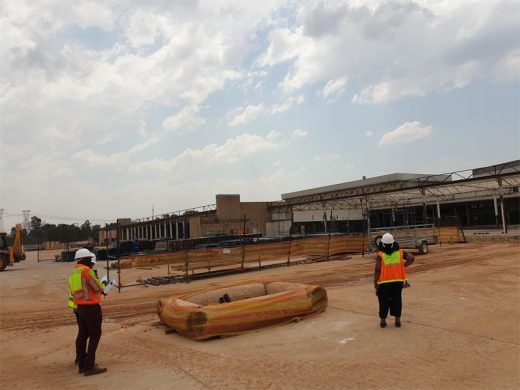 Johannesburg Development Agency employees look at the progress of construction.

The Johannesburg Development Agency (JDA) has announced that the construction of the new Rea Vaya bus depot in Selby is on track and expected to be completed on the anticipated date next year June, Rosebank Killarney Gazette reports

The depot will accommodate buses operating from Soweto to Johannesburg and those that would serve the Alexandra and Sandton routes.

The Development Manager at JDA Thabelo Ratshilumela said that the depot was convenient and necessary for the Soweto to Johannesburg routes and the soon-to-be established Alexandra and Sandton route as an addition to the only depot in Dobsonville, Soweto. 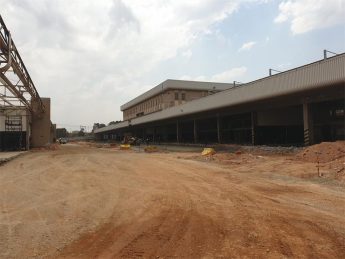 “The only functional depot we have is in Dobsonville. Considering that buses operate from early hours of the morning until late in the evening, it made sense to build another depot where it would be easier and closer for drivers to operate,” said Ratshilumela.

The cost of construction of the maintenance workshop is at a value of R131 million with 30 per cent of the budget allocated to Small, Medium and Macro Enterprises (SMME). To date, R20 million has already been spent.

“At this point, 12 SMMEs have been appointed and we are aiming at having appointed a total of 29 by the time the project comes to an end. A number of 32 people have been employed with 21 of them being youth.”

The construction of the administration building will cost about R70 million with R17 million allocated to SMMEs. To date, nine SMMEs have been appointed, R5.5 million has already been spent and 17 jobs have been created. “We are positive that the project would be complete and ready by next year June unless disturbed by unforeseen events such as the weather,” added Ratshilumela.