Emotions started running high after residents felt the apology from MEC Dickson Masemola and police was not forthcoming. A shack was torched on Sunday by community members hunting criminals in the Seshego area. Photo: Supplied.

The residents were angered by the arrest of EFF provincial leader Jossey Buthane, ANC MP Boy Mamabolo and community leader Puxley Setsiba after violence broke out during a citizen arrest of some alleged gang members on Sunday.

At the meeting, the residents first demanded that Masemola and provincial police commissioner General Nneke Ledwaba apologise for the arrest of the three leaders.

The leaders have been charged with malicious damage to property and theft. They have each been granted bail of R500.

During the meeting, Buthane and local ANC leader Thabo Mabotja announced that they had taken over the gathering as co-chairpersons, and drafted an alternative agenda, with a demand for an apology as the first item.

Emotions then started to run high after residents felt the apology from Masemola and police was not forthcoming. They then demanded that they leave the area.

Buthane told News24: “We want an apology. The police know where these gangsters stay, but don’t arrest them.

“They came here and draft an agenda, and they don’t even ask the community how it feels. They just take the decision on their own and draft the agenda.

“This is not a movie and you cannot just hallucinate on what the problem is.”

Tension in the area started on Sunday when residents met in the township’s Zone 3 to discuss the rise of a gang known as “Burial 13”.

This follows the murder of 17-year-old Thoriso Kgomo by an alleged gang member known as “Buddy”, who was out on bail for rape, according to police spokesperson Brigadier Motlafela Mojapelo.

“The community members then embarked on a search for the alleged criminals. They torched a shack and a house where two cellphones, a router and clothing were stolen,” Mojapelo said. 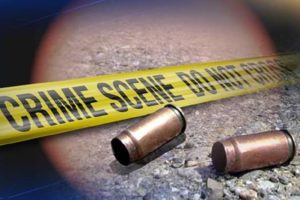