ActionSA announced that it will approach the SAHRC to report Jackie Shandu for his 'racist remarks'. 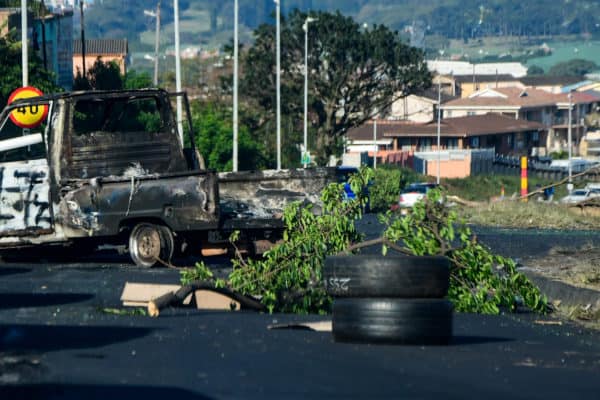 Jackie Shandu has apologised for the “one Indian, one bullet” chants he made during a protest outside the Durban City Hall in KwaZulu-Natal on Thursday.

A group of people marched to the City Hall to protest against the killings in Phoenix, north of Durban, that were sparked by the recent wave of rampant looting and violent unrest in parts of KwaZulu-Natal.

This after 20 people were killed in Phoenix, with Police Minister Bheki Cele claiming at first the violence had taken a “racial connotation”, and later backtracking.

A video showing Shandu, who was the convener of the march on Thursday, shouting: “One settler, one bullet. One Indian, one bullet,” circulated on social media, which has attracted some backlash from many, including the eThekwini municipality.

Shandu has since retracted his statements, saying they were “problematic remarks”.

“I made some problematic marks which with benefit of hindsight now should not have been said… I said one Indian one bullet. I want to retract those remarks because I do not condone violence and I see the potential of it inflaming the already existing racial tensions.

“I just wanted to be on record that, I’m saying that, having reflected, having sobered up, of course, one was deeply enraged at that moment and one was feeling the hurt and the pain and the trauma. Certain things came out, but we are anti-racist. We do not condone racism in any way,” he said in a video on Friday.

Meanwhile, ActionSA announced that it would approach the South African Human Rights Commission (SAHRC) to report Shandu for his “racist remarks”.

“We cannot allow Shandu’s utterances to inspire similar racialised attacks. Shandu is also allegedly heard in a separate voice note alleging that ‘Indians were brought to SA as guests on the sugarcane plantations & must go back to India if they don’t like it here’.

“The blatant racism displayed by Shandu has no place in our public discourse. Every South African, irrespective of where you live and racial identity should be appalled by his comments.”

The party further said it demands that the SAHRC take immediate action against Shandu.