National Assembly Speaker Thandi Modise said she would undertake to follow up on Maimane's behalf when the response came. 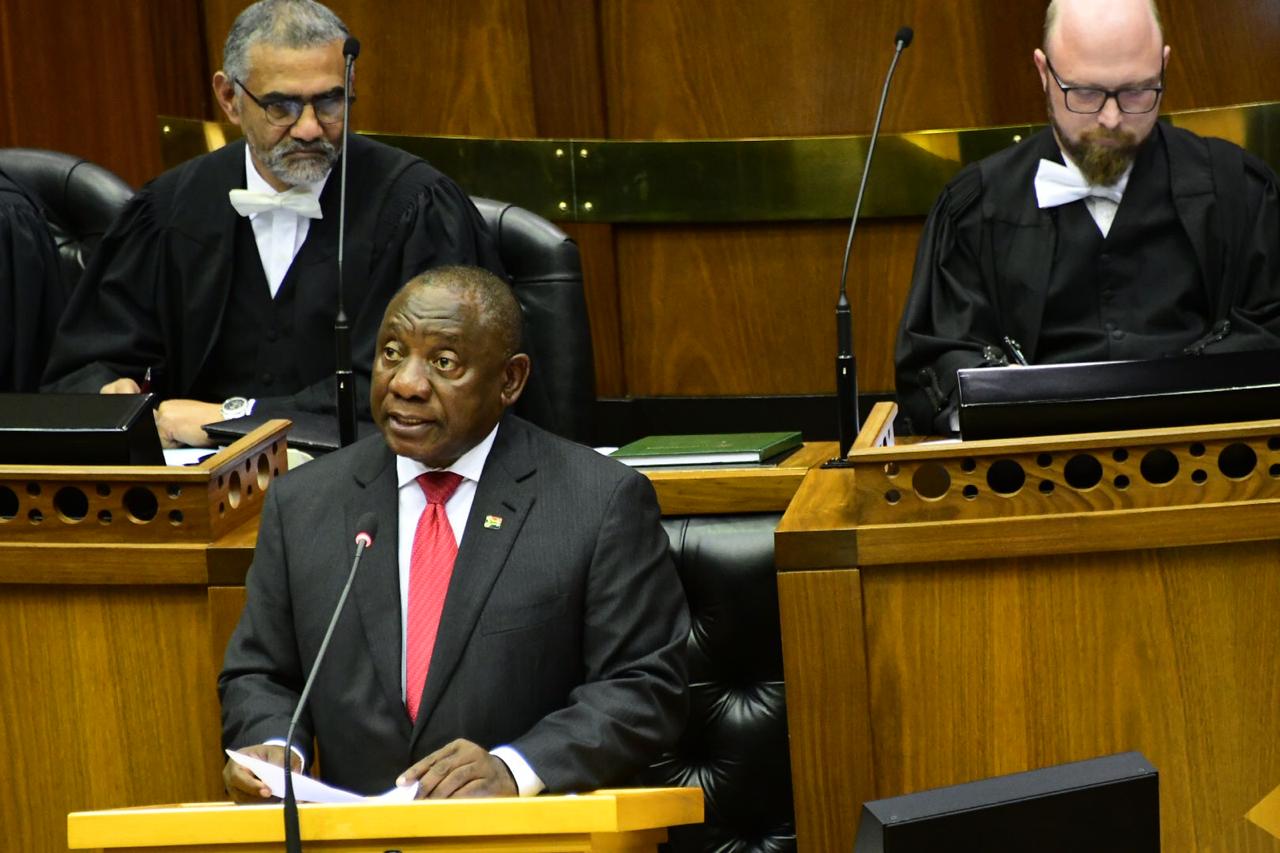 In November 2018, DA leader Mmusi Maimane set the campaign-funding cat among the political pigeons when he waved a document about indicating Ramaphosa’s campaign to become ANC president had received a donation from Bosasa.

During Thursday’s question session, he again waved a document at Ramaphosa, this time a letter from the ANC to Bosasa.

In the letter, dated March 31, 2014, and addressed to Bosasa boss Gavin Watson, then-ANC treasurer-general Zweli Mkhize acknowledge receipt of R3m from the company.

“On behalf of the African National Congress, I would like to express our sincere appreciation and gratitude to your organisation for this donation and for the continued financial support and contribution your organisation renders to the ANC,” Mkhize wrote.

“Your ongoing support for our organisation is appreciated.”

At the bottom of the letter is the slogan: “The People Shall Govern!”

Before he showed the document, Maimane said the special investigating unit had found an improper and corrupt relationship between government officials and Bosasa in 2009.

“For the past 15 years, Bosasa has gleamed contracts of well over R12 billion from various government departments,” he added.

Furthermore, in 2013, the Treasury considered cancelling all Bosasa’s contracts and blacklisting the company, which Public Enterprises Minister Pravin Gordhan, who raised funds for Ramaphosa’s presidential campaign, would have known, as he was minister of finance at the time, Maimane said.

Then he showed Ramaphosa the letter, which was also distributed to the media in the press gallery.

“Now, Mr President, your organisation has received R3 million, you were deputy president of the ANC at the time,” Maimane said, cheered on by the DA, but jeered by the ANC.

“If you are in possession of money gleamed from criminal activities, that is also a crime. So, what I want to know, Mr President, will you undertake today to ensure that the ANC repays to the fiscus all the money received from Bosasa over the past 15 years as those moneys were in fact derived from the proceeds of corruption?”

“Do you want some ice cubes for that burn!” a DA MP shouted.

Ramaphosa responded: “Honourable speaker, one of the observations made by the public protector, against me, was that when honourable – I almost said minister, not yet, maybe never to be – when honourable Maimane played the same gimmick the last time, the public protector in one of the paragraphs in her report said: ‘Mr President, when that was done to you, you should have actually asked for a copy, and said I’d like to reflect on it and I will deal with it later’. And she said, that’s what you should have done.

“She and I differ on the outcomes in her conclusions, but in this case I want to take her counsel, and say to honourable Maimane, please give me that letter, and I will get back to you,” Ramaphosa said to cheers from the ANC benches.

Maimane then handed him the letter.

DA chief whip John Steenhuisen said the letter was only two paragraphs long, adding the DA would not mind to wait while he read it.

National Assembly Speaker Thandi Modise said she would undertake to follow up on Maimane’s behalf when the response came.

Maimane’s original question was whether Ramaphosa will appoint a commission of inquiry into Bosasa to “further investigate all allegations of state capture”.

Ramaphosa said this formed part of the work of the Zondo commission into state capture.

In a statement, Maimane said he welcomed Ramaphosa’s undertaking to consider the letter.

“The president requested time to consider and reflect upon the letter and its contents, and to report back to Parliament in due course. In the interests of transparency and accountability, the president must respond to Parliament in writing within 14 days as to: Whether as ANC deputy president at the time, he was aware of the donation; and whether he will instruct the ANC to pay back every cent of money received from Bosasa over the past 15 years,” Maimane said.

We will not protect any ANC leader accused of corruption, says Ramaphosa
5 hours ago
5 hours ago
PREMIUM!

We will not protect any ANC leader accused of corruption, says Ramaphosa
5 hours ago
5 hours ago
PREMIUM!