The Special Investigating Unit wants to have the multimillion-rand tender awarded to Digital Vibes reviewed and set aside. 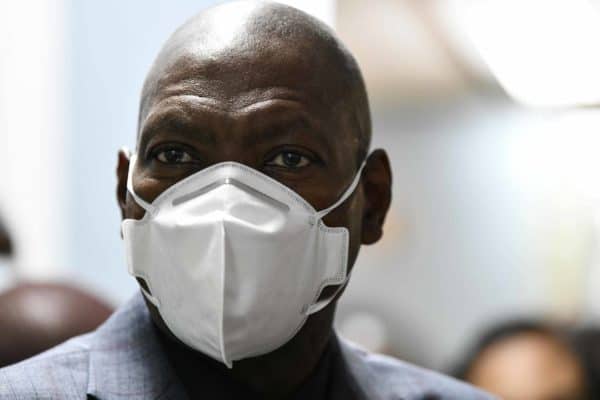 The Special Tribunal says the Special Investigating Unit’s (SIU’s) review application regarding the controversial Digital Vibes’ R150 million contract awarded by the Department of Health has not been enrolled yet.

During the meeting, the SIU revealed that it would apply for a case management in the Digital Vibes matter this month.

“[The Digital Vibes matter] had previously been referred by the SIU and [the unit] will apply for a case management in this case on the 16th of September 2021. In this case, it’s also a matter of the contract having to be set aside and damages to be claimed. You will note that there was previously a preservation order [which preserved] assets to tune of R22 million,” SIU’s chief legal counsel Jerome Wells told Scopa.

The Special Tribunal told The Citizen on Wednesday afternoon the parties involved in the review application, including the SIU, are yet to file any further papers.

“What I can say is that Mr Mkhize has filed his notice of intention to oppose the SIU’s application. The Tribunal is still awaiting other respondents to file their papers. Once all opposing papers are filed from the respondents, the SIU will need to file their responding papers. When everything is in place the the Special Tribunal will set a date for hearing and the trial,” Special Tribunal spokesperson Selby Makgotho explained.

In July, the SIU filed a 90-page affidavit to the Special Tribunal to review and set aside the multimillion-rand tender awarded to Digital Vibes, a company purportedly owned by former Health Minister Zweli Mkhize’s close associates Tahera Mather and Naadhira Mitha.

The SIU listed 20 people – including Mkhize and his son Dedani – who received around R90 million from the contract.

The investigating unit also recommended that the National Prosecuting Authority (NPA) consider charging Mkhize and his son for corruption over “suspicious payments” they received from Digital Vibes.

Meanwhile, Mkhize’s son allegedly benefited to the tune of R3.8 million from the contract, which Dedani has since disputed in a lengthy Facebook post.

The work was expanded to include communications on Covid-19. The controversial communications firm scored a cool R35 million before the department approved its work.

Both the tender and the bidding process contravened the Public Finance Management Act (PFMA).

According to the SIU, of the R150 million paid to the company, R25 million went towards the NHI media campaign, while the remaining R125 million was paid for work on Covid-19 projects.

The SIU was then granted an order to freeze R22 million in bank accounts linked to Digital Vibes.

President Cyril Ramaphosa is still yet to release SIU’s final report into Digital Vibes to the public after receiving it in June.

Ramaphosa previously insisted that he was still studying the report and appealed for space.

This was before Mkhize resigned from his position early in August.

The move happened ahead of Ramaphosa’s much-anticipated Cabinet reshuffle, where he announced Dr Joe Phaahla as the new minister of health.

There had been calls from opposition for Ramaphosa to get rid of Mkhize, who was on special leave after he was implicated in impropriety in the report.

Note: This article has been updated having previously stated that the Special Tribunal is set to hear SIU’s application on 16 September.