An official confirmed that a municipal Range Rover had been fixed for R62,000 and will now be used by the mayor on the campaign trail. 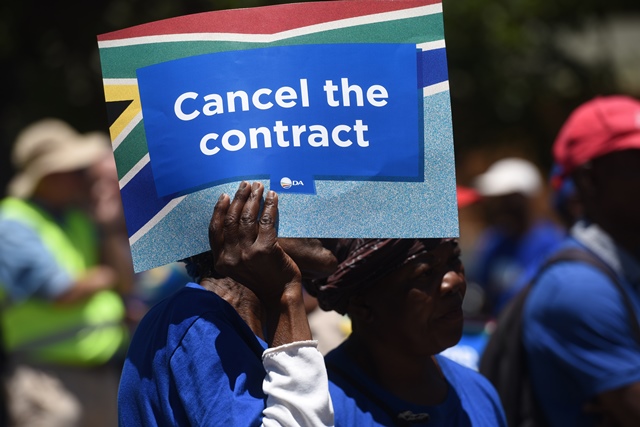 A bankrupt Limpopo municipality attempted to spend R390,000 to a rent a car, ostensibly to be used by the mayor to campaign ahead of the May 8 polls, but was stopped in its tracks.

According to a council resolution, the car would be used by the mayor of the Fetakgomo Tubatse Local Municipality for three months. But the plan did not go down well with the Democratic Alliance.

“The municipality is one of the poorest municipalities in the country, with little or no revenue collection,” said DA councillor Lethabile Kgwedi yesterday.

“We are a community which still faces serious challenges such as clean running water, electricity supply, proper tar or re-gravelled roads, while many of the people in the rural areas still struggle to have a roof over their heads. We cannot afford to live large when the majority of the people still live from hand to mouth.

“The expense is incurred despite the fact that there are currently a Jeep and a Range Rover gathering dust, which the mayor could use for her duties,” Kgwedi said.

The two vehicles had been used by former mayor Maudu Phokane, who was fired following an investment of R240 million in VBS Mutual Bank.

“The municipality would pay over R30,000 per week for the rented car over the next three months,” said Kgwedi. “To get the other two vehicles in mint condition, the municipality will only spend between R13,000 to R66,000 as per quotations.”

The municipality yesterday confirmed the council resolution to rent a car for the mayor but has since “returned the rental”, communications manager Ngoato Rachidi said.

“I can now confirm we have fixed the Ranch Rover to the tune of R62,000 and it can be used by the mayor.”