'The matter is before the Hawks and if wrongdoing is found the law must take its course,' DA Western Cape leader Bonginkosi Madikizela says. 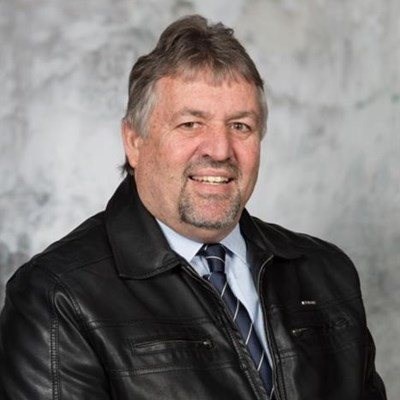 The Democratic Alliance (DA) will not act against corruption accused Keith Jordaan, the chief financial officer at George municipality in the Western Cape, at this stage.

This week, Good party leader Patricia De Lille released a scathing statement about her former political home, accusing the party of failing to act against “VBSstyle looting” in the municipality involving a so-called tender kickback scheme.

She also shared a report, which was handed to the Hawks, recommending Jordaan be held accountable for corruption allegations involving a George councillor’s son receiving R400,000 in a dubious payment connected to a financial service contract.

Jordaan was suspended for the full 60 days legally allowed without a formal charge, but De Lille lambasted the DA for not holding him and the councillor involved accountable.

DA Western Cape leader Bonginkosi Madikizela put De Lille’s stance down to electioneering when asked what the party’s response was.

“It’s very desperate. She is playing it as if it’s an exposé, when it’s not, as the local government indicated in its statement.

“Where there are allegations of corruption, we are the first to address it. We don’t sweep things under the carpet. The matter is before the Hawks and if wrongdoing is found – again that is the difference between us and other parties – the law must take its course.”

Asked whether the party had not explored whether there were grounds to investigate Jordaan internally for possible infractions of DA policy and its constitution – similar to the process De Lille went through – Madikizela said these were different matters and the party preferred to allow the law to take its course before acting against Jordaan.

Last year, De Lille left the DA under a cloud after two reports, one regarding corruption allegations and another suggesting her conduct contravened party rules. These reports became the subject of an ugly public spat between her and the party.

“The waters were muddied so much in the case of De Lille because people could not differentiate between the two types of allegations against her.

“The first was contained in the so-called Steenhuisen report. It was a committee report and the job of that committee is to see whether the constitution and party policies have been contravened; and the Bowman report, which was an independent report [on corruption allegations].”

Public Protector Busisiwe Mkhwebane’s office confirmed receipt of De Lille’s request for the Jordaan matter to be investigated, but had yet to decide on it, according to spokesperson Oupa Segalwe.

“The complaint will be assessed in the coming week and only after the assessment of the jurisdiction and merit of the case will we be in a position to indicate whether we will investigate.”

Hawks Western Cape spokesperson Philani Nkwalase and the National Prosecuting Authority (NPA) could not be reached for comment. It is understood that the unit’s investigation of the matter has been handed to the NPA.

“De Lille has made unfounded statements devoid of fact. The Western Cape government prides itself on taking strong action against any allegations of corruption and acting on wrongdoing, without fear or favour,” he said.