‘Only the government in heaven’ doesn’t have problems – Zuma

The former president maintains that there is no government in the world which doesn't have internal issues. 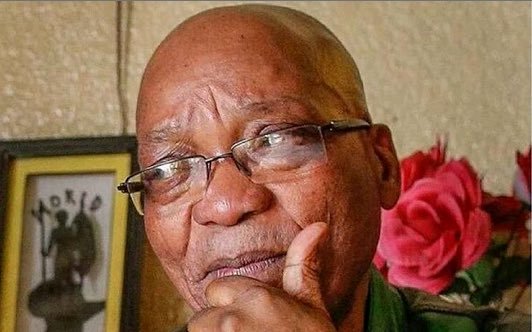 Former South African president Jacob Zuma has posed a potent question to those who govern the country. In recent footage, Zuma asked, while speaking at what appears to be a Jacob Zuma Foundation event, how any ruling government could publicly demand to be investigated.

While his audience continued to laugh at the irony, Zuma said you couldn’t warn such people who even shouted for a probe into their governance.

“You don’t do this,” Zuma said to a room filled with laughter.

He maintained that there was no government in the world that didn’t have internal issues.

“No matter where you go, it’s only the government in heaven which probably has no issue,” he said in Zulu.

Zuma’s comical statements come after the ANC had vowed to put an end to corruption.

During his address at Cosatu’s 33rd May Day celebration at the Sugar Ray Xulu Stadium in Clermont, Durban, last week, Ramaphosa vowed to tighten the noose around corruption.

He selected Eskom as an example and said those that conspired to steal money in Eskom would be held accountable.

“Certain people conspire to steal money in Eskom. We are working to ensure Eskom must never go back to the rot that was in there. We are cleaning up Eskom and those accountable are going to have to face the music.

He pointed out that government had secured at least R300 billion worth of foreign investment that would be used for job creation.

Meanwhile, the Zondo commission of inquiry into state capture has been launched to look into claims of undue influence which the politically connected Gupta family allegedly had over former president Jacob Zuma, his executive, and several state-owned enterprises.

A probe into allegations that Zuma and his son Duduzane pocketed billions of rands through corruption is underway.

This has resulted in the ANC falling under scrutiny with some of its leaders being implicated in several testimonies at the commission.