Her suspension was upheld in July, which led to her supporters protesting on the streets of Durban, clashing with police. 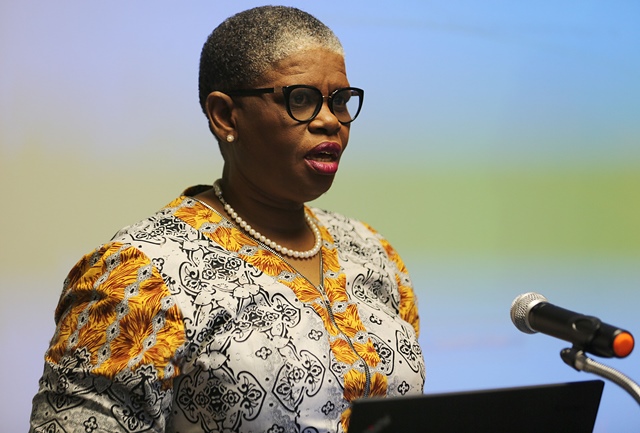 The ANC’s provincial executive committee (PEC) in KwaZulu-Natal is meeting on Monday to discuss the fate of eThekwini mayor Zandile Gumede.

The meeting comes after its provincial working committee (PWC) compiled a report which will be handed over to its PEC for deliberation.

The PWC met with Gumede on Friday, provincial spokesperson Nomagugu Simelane-Zulu told News24. This after the ANC’s mother body at Luthuli House instructed the structure to pronounce on the matter.

It is understood that the PEC had called on Luthuli House for assistance on the matter, after it met resistance from her supporters, following its decision to put her on “special leave” and disband the eThekwini region.

A source within the PEC told News24 that they expected the working committee to recommend that she be recalled as mayor.

The source said it would be up to them to make a final decision on whether to uphold the PWC’s recommendation.

The PWC was tasked with conducting an internal investigation into Gumede and her political workings in the metro.

“The PWC will most definitely recommend that she be recalled. We expect that the report will be handed over today, and it will be scathing,” the source said.

Gumede was forced to take leave by the PEC, led by chairperson Sihle Zikalala, after her arrest – and subsequent release on R50,000 bail – on charges of fraud and corruption related to a R208 million Durban Solid Waste tender.

Her suspension was upheld in July, which led to her supporters protesting on the streets of Durban, clashing with police.

Gumede, a strong political figure in the province with ties to former president Jacob Zuma, has been blamed for the City’s poor service delivery.

Gumede’s leadership was criticised when during the year-long sitting of the Moerane Commission on political killings – and despite the dire need for leaders to engage the commission to curb a disturbing number of political assassinations (well over 100 since 2011) – she never sent an eThekwini Metro delegation to testify, News24 earlier reported.

This despite the Glebelands Hostel in Umlazi often featuring as a hub for hitmen and violence in the city.

She had also consistently ignored the Public Protector’s office, which released a report in June 2017 that called for intervention to hold several organs of state to account for their roles in the plight of Glebelands residents.

eThekwini was meant to implement its part of the plan within the 30 days of the release of the report. This never happened.

Since the ANC in KwaZulu-Natal put her on special leave, Gumede has, from a distance, attempted to assert herself. She is alleged to have used municipal buses to transport hundreds to march on her party’s head office in the Durban CBD.

The SACP in the province has also called for her recall. The alliance partners said the ANC would face the wrath of the eThekwini community if she was not recalled, The Citizen reported.

One of her supporters, who is a well-known political figure in the region, however, said they vowed to fight “until the bitter end” if she was recalled.

“If Sihle removes her, we will fight for her and we will not rest until they feel our wrath. He knows that if he removes her, he will lose the support of [the] eThekwini region. It will not happen and the PEC knows that we are ready to defend her,” the source, who wished to remain anonymous, told News24.