The report itself is highly controversial, as it is largely based on information from State Security Agency operatives implicated in discrediting Sars officials. 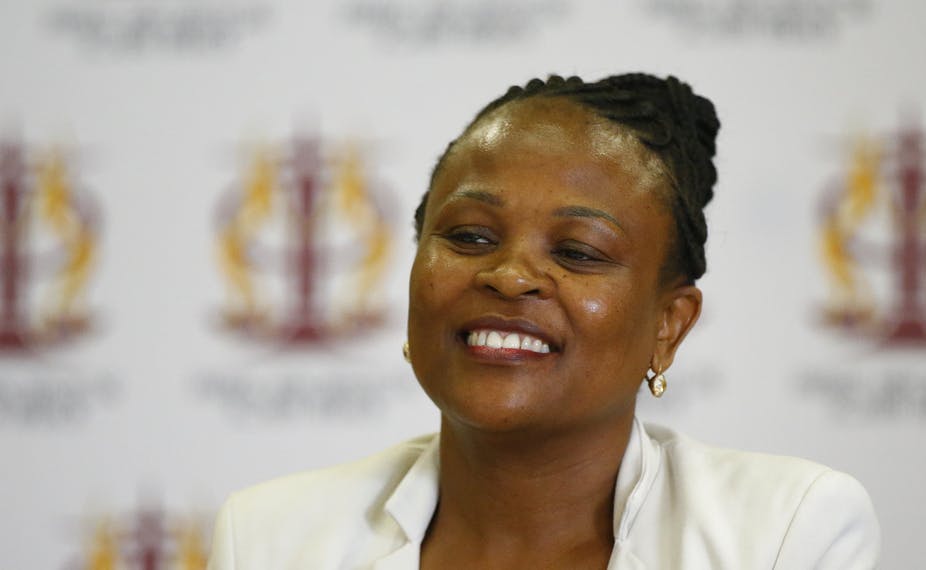 Public Protector Busisiwe Mkhwebane has come out in support of the EFF, arguing that a 2014 classified report, which found the so-called Sars “rogue unit” was unlawful, should be made public.

The EFF is opposing a bid by State Security Minister Ayanda Dlodlo to stop the classified report, compiled by the Inspector General of Intelligence (IGI), from being made public. The report alleged that the covert intelligence unit at Sars was unlawful.

The report itself is highly controversial, as it is largely based on information from State Security Agency (SSA) operatives implicated in discrediting Sars officials.

In her affidavit filed in the Gauteng High Court in Pretoria on Friday, Mkhwebane said the “applicant” promised to give her a declassified copy of the report as part of her separate investigation into the “rogue unit”, but that it “failed to deliver”.

Dlodlo is the “applicant” in the matter.

Last Monday, the EFF released the classified report on its website. This followed a separate Equality Court ruling in which an attempt by Public Enterprises Minister Pravin Gordhan to have the report struck from the record, in that case, was dismissed.

But Dlodlo is still pursuing her high court application to have the report kept secret, arguing that it remains classified, exposes SSA operatives and endangers their lives, and prejudices the SSA and the foreign intelligence agencies with whom it works.

In court papers, Dlodlo said: “The document does not lose its classification merely because it has been disclosed in the public domain.”

Dlodlo attached to her court papers a request by EFF chief whip Floyd Shivambu in July for a declassified copy of the report.

Meanwhile, Mkhwebane had obtained a classified copy of the report, which she wanted to use as part of her investigation into Gordhan.

In that report, released in July, Mkhwebane found that Gordhan had violated the Constitution in his role in the establishment of the covert intelligence-gathering unit, later dubbed the “rogue unit”. Gordhan has taken that report on judicial review.

In her papers filed on Friday, Mkhwebane said the minister had undertaken to give her a declassified copy, but did not do so. She did not say when this undertaking took place.

Mkhwebane also said there was no reason why the IGI report should not be publicised.

“The applicant (minister) undertook to provide me with a declassified report of the IGI to assist me in my investigation of the Sars rogue unit. To date, I have not received the IGI report, and I have not been informed of the basis on which that undertaking was not carried out. I can confirm that the applicant failed to meet her undertaking,” Mkhwebane said.

“There is no legal or constitutional basis on which it is justifiable to interdict the release and publication of the IGI report, as it is already in the public domain by virtue of it being referenced in this application, and further since the publication of my report.”

Mkhwebane said the report should be publicised because “(it) is necessary in the review application and demonstrates the reasonableness of my report”.

Former state security minister Dipuo Letsatsi-Duba laid charges against Mkhwebane in March, alleging that she had broken the law by being in possession of a classified document.

In turn, Mkhwebane laid charges, alleging that the minister had interfered in the functioning of her office by failing to give her a declassified copy of the IGI report.

The NPA declined to prosecute the complaints.