IFP looks to expand in Gauteng

IFP's Gauteng chair Bonginkosi Dhlamini says the party in the province is a serious political player which provides quality rather than quantity of leadership. 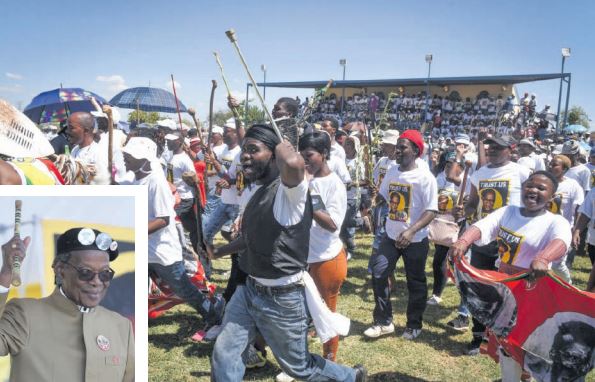 The Inkatha Freedom Party (IFP) in Gauteng wants to increase its support base beyond its traditional backers in informal settlements and hostels.

The party’s recently re-elected Gauteng chairperson, Bonginkosi Dhlamini, said the party planned to grow in the province ahead of the 2021 local government elections.

He said Gauteng was hotly contested political terrain and the party had increased its support base slightly in the province, with it becoming “kingmakers” in certain Gauteng metros.

The party’s growth in Gauteng was further evidenced by the fact that some of its councillors were members of mayoral committees, such as Nonhlanhla Makhuba, who is the MMC for transport in Johannesburg, while in Ekurhuleni the chair of the human settlements committee was IFP councillor Alderman Ngobese.

“The IFP in Gauteng is a serious political player,” he added.

As provincial chair of the oversight committee in the premier’s office and the legislature, he said the IFP was important in Gauteng and that it provided quality rather than quantity of leadership.

Dhlamini said the party had also increased its footprint in Tshwane. The IFP does not have a councillor in the metro.

The party’s growth could be attributed to its “pragmatic politics” and because it is the “voice of reason” at a time when South Africans want immediate and practical solutions, Dhlamini said.

He added that not a single IFP councillor has been called out for involvement in corruption, adding that should this occur, the councillor would immediately be removed.

He accused the ANC and the Democratic Alliance of being “arrogant”, hence these parties were shedding votes.

Gauteng was an economic hub and the ANC was failing to exploit its true potential, considering the governing party’s policy uncertainty pertaining to the country’s economy and property ownership issues, the IFP leader said.