Lungi Gabuza refused to be bullied into giving up her place on the party's parliamentary list in order to make way for the EFF leadership's preferred party member, according to reports. 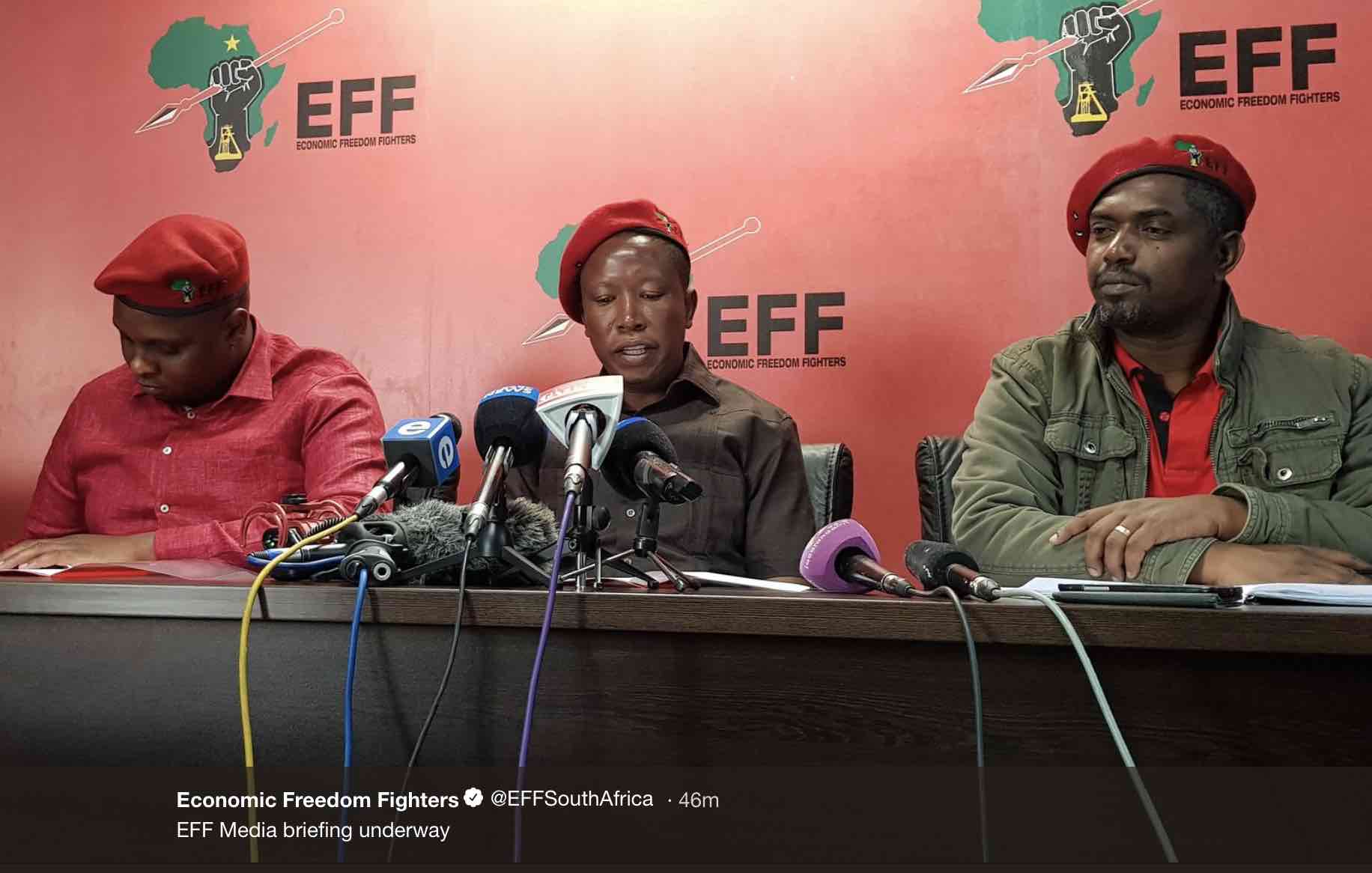 Just days after the EFF upheld a decision to expel defiant KwaZulu-Natal provincial command team member Lungi Gabuza, she has decided to take the matter to its national people’s assembly (NPA) in December.

An appeal in the matter was dismissed after Gabuza made representations to EFF deputy president Floyd Shivambu, secretary-general Godrich Gardee and his deputy, Hlengiwe Maxon.

According to City Press, Gabuza refused to be bullied into giving up her place on the party’s parliamentary list in order to make way for the EFF leadership’s preferred party member.

Allegations have been made that party leader Julius Malema wanted former Gauteng treasurer Omphile Maotwe to replace Gabuza, who was elected number 56 at the party’s first elective congress.

Maotwe has also been touted as a future treasurer-general of the EFF, with many saying she was the favourite to take over the role when the party holds its second elective conference next month.

On Wednesday, City Press reported that Gabuza’s relationship with the EFF had come to an end after she was served with a letter following the appeal process.

That same day, Maotwe was sworn in at the National Assembly.

Gabuza told News24 the EFF’s decision to uphold the disciplinary process’ outcome had not come as a surprise, saying KZN provincial chairperson Vusi Khoza had long warned her that her refusal to give up her space on the parliamentary list would see her getting charged for defying party leaders and then getting expelled.

“Even if I gave the matter the benefit of the doubt I could see throughout the process, the way in which they were, it was just for formalities, they were not really interested in what I had to say, I could see it,” she told News24.

While Gabuza, who joined the EFF in 2014, said the incident showed her the party’s leaders (Malema and his deputy) were not concerned with its members, she would still exhaust all options available to her in fighting her expulsion.

“I will wait until December, wait for the NPA and then ask for the matter to be reviewed there.

“While I no longer have faith in the leadership anymore, I believe maybe something can come from directly appealing to the members at the assembly,” she added.

Around 4 500 party members will be in attendance at the conference.

“I feel sorry for Omphile,” said Gabuza, adding that while she had no grudge against Maotwe, she felt women were being pitted against each another.

“She was used against me because she had more resources and she’s from the city, while I am from the rurals.”

Gardee, when asked for comment, said Gabuza had every right to approach the NPA as the party’s constitution allowed for this.

“It’s the constitutional right of every member to exhaust all options. It gives her the right to do so if she feels aggrieved,” said the outgoing secretary-general.

Gardee, who said there was nothing untoward about their processes in the matter, added Gabuza would have to write a letter to his office and once he received it, would have an obligation to make sure it was tabled at the elective conference.