The ANC has called for 'progressive forces' to take a stand to ensure that democracy was not undermined by those with 'narrow interests'. 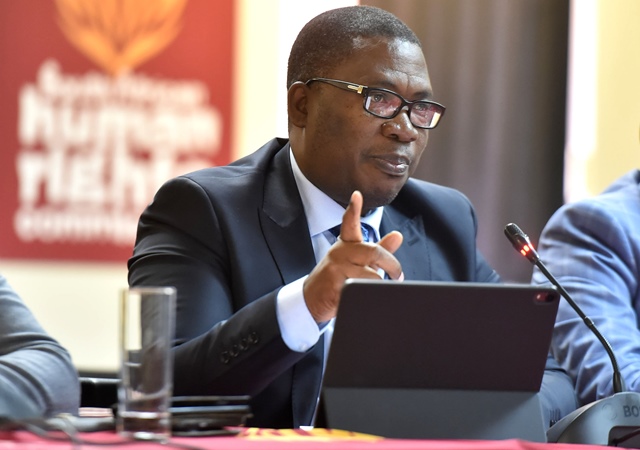 The ANC in Gauteng says AfriForum’s bid to remove Gauteng Education MEC Panyaza Lesufi from his office is nothing more than a desperate attempt to resist transformation at all costs.

“It is not a secret that the Afrikaner nationalist group exists primarily to safeguard the legacy of our divisive past, which we are still recovering from as a country, instead of advancing social cohesion and contributing toward building a new South Africa,” ANC Gauteng spokesperson Bones Modise said in a statement on Thursday.

“We are aware that comrade Lesufi has been a target of those opposed to change in society especially given his work in spearheading transformation in the basic education sector,” Modise added.

This after the lobby group announced a campaign on Thursday aimed at applying pressure on Gauteng Premier David Makhura to dismiss Lesufi.

AfriForum’s Carien Bloem claimed it was flooded with complaints from disgruntled parents “who had enough of the MEC’s mismanagement of the current school placement process as well as many other examples of misconduct”.

Parents also allegedly made the following complaints to the lobby group:

The ANC, who described the campaign as “racially inspired, ill-fated and misguided”, said Lesufi had been the subject of many crusades since he began advocating for non-racialism in schools.

“He is a subject of malicious campaigns for advocating that schools that were exclusively only accessible to Afrikaans speaking people need to be more accommodating of non-Afrikaans speaking learners, especially in communities where there is a demand,” Modise said.

As a result, the ANC has called for “progressive forces” to take a stand to ensure that democracy was not undermined by those with “narrow interests”.

“We call on all South Africans to isolate those who want to undermine our collective efforts in giving our children education that frees them from the bondage of our sad, divided past which has been rejected by the majority of South Africans,” Modise said.