Emma Powell says it is a way of silencing whistleblowers speaking out against an aide close to the minister. 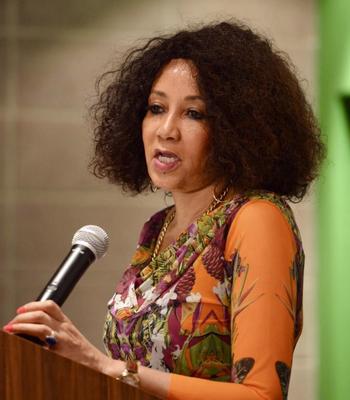 Human Settlements, Water and Sanitation Minister Lindiwe Sisulu has ended the term of office of the current interim board at Amatola Water, after years of “instability and infighting”.

However, DA water, sanitation and human settlements spokesperson Emma Powell has slammed the decision, saying it was a way of silencing whistleblowers speaking out against an aide close to the minister.

“The board has long been characterised by instability and infighting, which has rendered Amatola Water dysfunctional. Minister Sisulu has now concluded that ending the term of office of the current interim board and appointing legal administrators to manage the affairs of Amatola Water is the only practical solution left to address the enduring instability,” he said.

However, decisions that were taken by the board would remain valid and in force. These included investigations into the current CEO, who was recently placed on special precautionary leave with full pay.

However, Powell has claimed that prior to Sisulu’s announcement, her office received dossiers of information from two separate whistleblowers, relating to a number of matters concerning Sisulu’s department.

These included a sworn affidavit by the CEO under investigation, detailing allegations of political interference in the board’s activities by a ministerial aide, closely linked to Sisulu.

“The DA is of the view that Sisulu’s late-night press release on Saturday evening, as well as two subsequent statements issued by her office this morning, are pre-emptive measures designed to place the ministry on the front foot of this developing story, and nullify the bonafide and incredibly serious allegations contained in the affidavits,” said Powell.

Powell added that criminal charges had been laid against the accused ministerial aide and that the matter would be referred to the office of the public protector, and to parliament’s standing committee on public accounts.

Polela has said that the claims by the DA were “nonsensical”.

“Minister Sisulu took the decision… after receiving advice from the board as well as her own senior advisors. The decision was taken in order to deal with governance and management challenges at Amatola Water. It comes after nine months of several interventions aimed at stabilising the situation at the entity. Suggestions that Minister Sisulu’s decision was taken for any reason other than the above are untruthful and nonsensical,” he said.